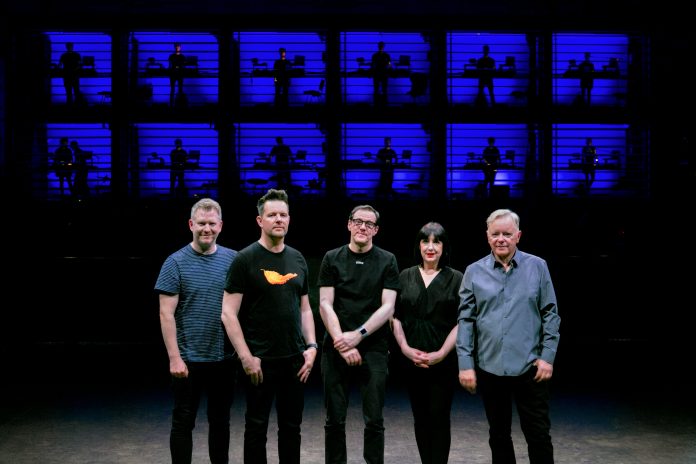 Almost forty years to the day of Joy Division’s TV debut, “New Order: Decades” which will air on Saturday 22nd September at 9pm on Sky Arts is a unique and timely feature-length film about one of the UK’s most original and truly iconic bands.

Part concert, part documentary, this film follows the band’s preparations in the re-staging of their acclaimed collaboration So It Goes.. with the artist Liam Gillick and the 12-piece synthesiser orchestra that spectacularly captured the headlines during Manchester International Festival 2017. The complexities extend beyond the technical and logistical: this is a band that rarely looks backwards, yet for this project they had to reflect on – and de-construct – the band’s history, in order to create something very new.

With full access to New Order and their collaborators, this film is an unprecedented and intimate celebration of their story and their music. Through personal interviews with the band members and close collaborators including Gillick and art director Peter Saville, ‘New Order: Decades’ offers a rare chance to enter the band’s private world, understand the visual philosophy of their aesthetic and design, and witness their collaborative, creative processes first hand. The full-length New Order and Joy Division song performances featured in the film – captured from the spectacular concert, designed by Gillick and augmented by the synth orchestra – look and sound simply incredible. They also serve as a perfect cross section of the musical journey the band have undertaken in their incredible career over the last four decades, and the perfect soundtrack to this very special film.