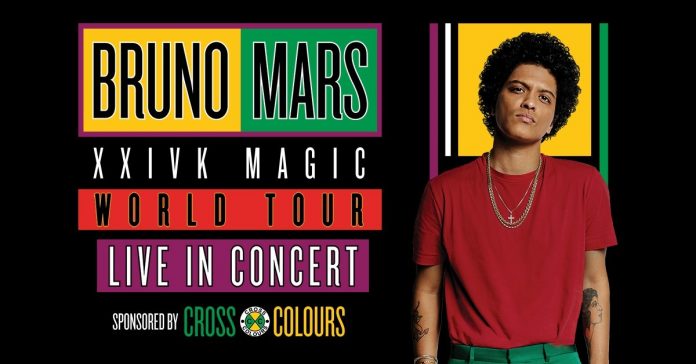 Mars, who is currently nominated for an Emmy Award for Outstanding Music Direction for his TV special “24K Magic: Live At The Apollo,” recently announced that his international outing will close with a trio of homecoming performances in Honolulu, Hawaii. The three dates at Aloha Stadium are a record-breaker for the venue, with no other artist in its history to have booked that number of successive dates.

Produced by Live Nation, Bruno Mars’ 24K Magic World Tour has traveled the globe since 2017, and will have made over 135 stops across North America, Latin America, Europe, and the U.K once wrapped this November. The massively successful outing by the multiple-GRAMMY Award winner has sold out stadiums and arenas around the world, and was credited with selling 1 million tickets in a single day.