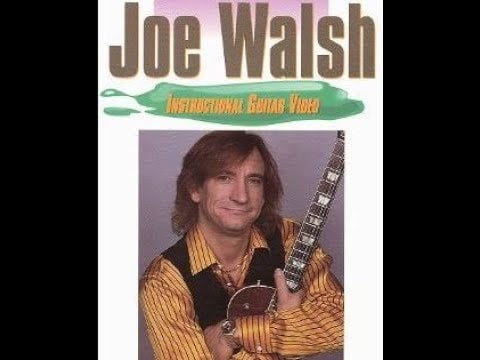 In a career spanning more than forty years, Joe Walsh has been a member of five successful rock bands: James Gang, Barnstorm, Eagles, the Party Boys, and Ringo Starr & His All-Starr Band. Walsh admits to having struggled with alcohol and drug addictions for most of his early career and has been in recovery since 1993. He once told a story that in 1994 he woke up after blacking out on an airplane to Paris. When he arrived, he had his passport, but did not remember getting on the plane. That was his turning point, and he has been sober ever since.

But a year before that, he created a how-to video on guitar playing that is bizarre, entertaining and strange to watch, even if you’re not a musician. He would likely hate it, though, for obvious reasons.