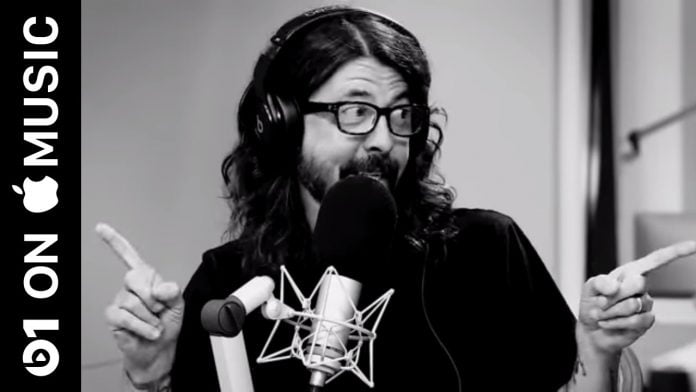 “I was flipping out. Once you get to the building, it’s like that weird ‘Pulp Fiction’ scene, I don’t know, fuck dude. So I’m walking in like, ‘Am I about to get assassinated right now?’ Then I look up on the balcony and there’s a guy who works for him [saying], ‘Up here!’ So I go up and I walk into the apartment, it was just like a hoarder maze of porn, magazines, fucking Nazi stuff all over the place. God bless him, he wasn’t a Nazi, but he collected that shit. I come around the corner and he’s sitting there on the couch in his fucking g-string underwear that I’ll never forget, it had a black widow right on the dick. It was black, his black widow, and fucking nothing else on; he’d just dyed his hair black. He’s on the phone doing a [phone interview], and there’s a fucking video game on pause on the TV. He’s [mumbling], I sit down on the couch like, ‘What is going on right now?’ He goes, ‘Want a drink?’ I’m like, ‘Yeah.’ The way he did it was so cool, this dude in the kitchen had the ice and Coke, but Lemmy kept the bottle right next to him. There’s a 1/3 of an inch left for Coke. I walk into the bathroom, and I think he had just dyed his hair, because it looked like someone had just blown their head off in the fucking sink. I’m peeing and I go to wash my hands, and I’m like, ‘Oh shit, where’s the towel?’ I’m like no no no, there’s dirty robes hanging on this thing, and I’m like fuck! I go to barely touch one, and they all fall to the ground. There’s cologne everywhere, it was the greatest day of my entire life.” – Dave Grohl, on visiting Lemmy at his home.