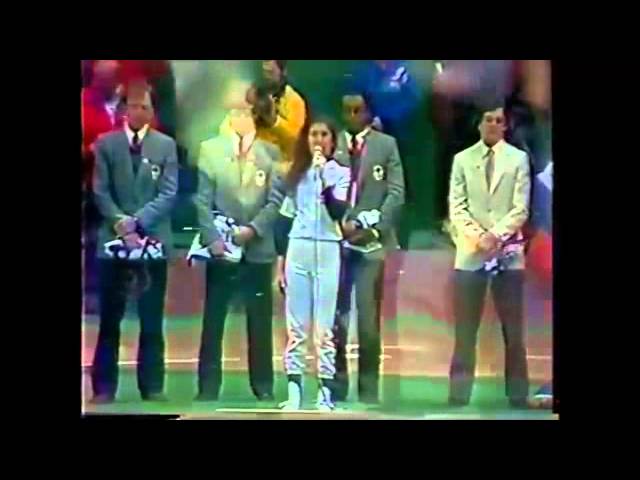 In 1984, Celine Dion released Mélanie, reaching Gold in Canada with the help of two top ten Quebec singles in “Une colombe” and “Mon rêve de toujours”, which peaked at number two and four, respectively. Around the time of the release in August, she performed the Canadian anthem at a Montreal Expo game.