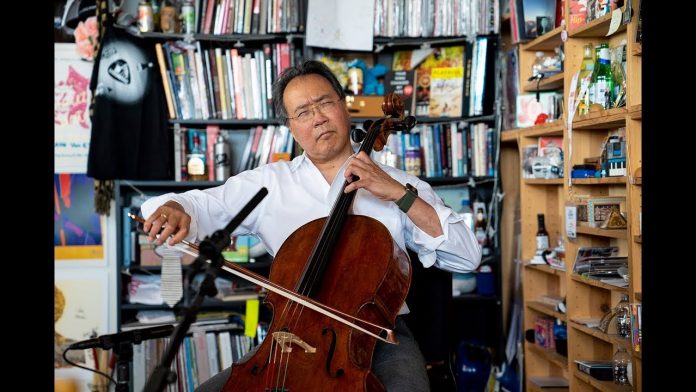 Cellist Yo-Yo Ma brought his great inspiration, and in turn part of his own life story, to an enthusiastic audience packed around the Tiny Desk on a hot summer day. Ma is returning, yet again, to the Six Suites for Unaccompanied Cello by Johann Sebastian Bach, a Mount Everest for any cellist. He has just released his third studio recording of the complete set and is taking the music on a two-year, six-continent tour. Ma’s first recording of the Suites, released in 1983, earned him his first Grammy.

Ma has played the music for 58 years and along the way it’s become something of a practical guide to living, pulling him through hardships and celebrating times of joy. “It’s like forensic musicology,” Ma told the Tiny Desk audience. “Embedded in the way I play is actually, in many ways, everything I’ve experienced.”