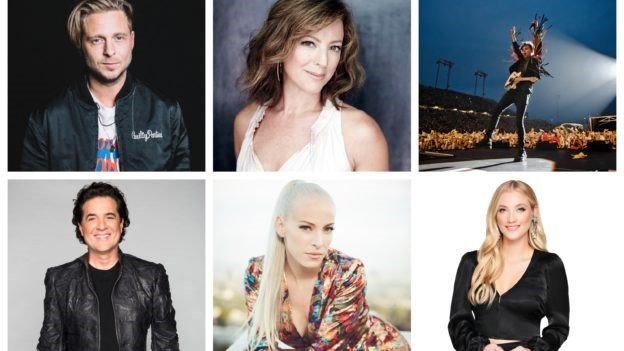 Days before production kicks off on the highly anticipated second season of its hit original series THE LAUNCH, CTV announced today the first wave of celebrity mentors on deck to guide this season’s round of hand-picked emerging artists vying for an opportunity to create a new hit single. Recording superstar Ryan Tedder, the creative force behind THE LAUNCH Season 1 certified platinum hit single “Ain’t Easy”, returns to the series in a dual role as celebrity mentor and producer, along with Grammy® Award-winning singer/songwriter Sarah McLachlan and Max Kerman, the 4x JUNO-Award winning frontman for Hamilton rock band Arkells.

THE LAUNCH heads into production for Season 2 on the heels of a breakthrough inaugural season that garnered an exclusive worldwide distribution deal with Sony Pictures Television (SPT). In addition, the series delivered a series of consecutive #1 hit songs amassing more than 21 million streams internationally to date, including certified platinum “Ain’t Easy” by Season 1 chosen artists Elijah Woods x Jamie Fine. The pop/hip-hop duo won the iHeartRadio MMVA for Best New Canadian Artist in August, and recently dropped their latest single “Better Off.”

In each stand-alone episode of THE LAUNCH, unsigned aspiring artists audition for the opportunity to learn, record, and perform their version of a new original song by a world famous songwriter/producer. The artists are mentored by a panel of internationally renowned music industry legends alongside Borchetta, who then decide which version of the song will be released across the country immediately following the broadcast of the episode each week. THE LAUNCH is set to premiere on CTV and VRAK in early 2019.