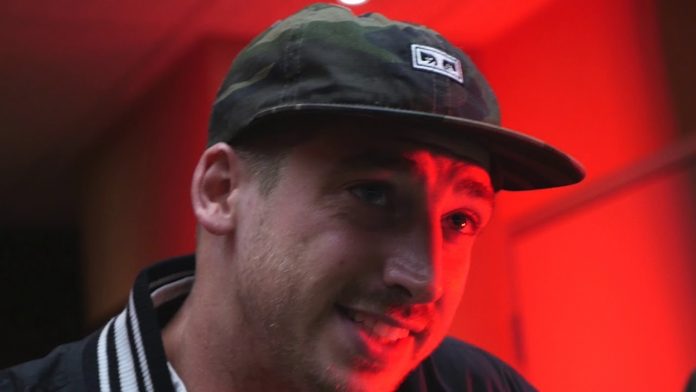 Buck-N-Nice have shattered the mold embodied by many artists, and that’s how it’s going to stay. The pair — wordsmith rapper SawBuck and deft beatmaster DJ So Nice — have released a new video for “EMAG”, the taster title track off the pair’s sophomore release.

“It’s a thought-provoking collection that challenge the deceptions and perceptions within the music industry,” they reveal about EMAG. “We don’t focus on creating that next club hit or keeping up with the latest trends, and this follows suit.

“It’s purposeful that our music reflects life experiences, the community that we’re surrounded by, and the general influences that have shaped us into artists and people.”

Shot in their hometown areas of Ottawa and Gatineau, the video for “EMAG” plays out like a mobster mega-flick ensconced deep within the music industry.

“The careful placement of visual metaphors in this video represent the many thoughts and moods that artists can have towards themselves,” details the video’s director and producer Patrick Lozinski. Makeup was done by Noure Manuchakyan. “The video was built around the notion that when it comes to success and money, artists are constantly beating themselves up about it.”

“We stayed consistent with the messaging throughout the album,” Buck-N-Nice add. “We have strong principles of independence, which we show and Patrick captures well in the video. We place our integrity above all else, and show there’s nothing we’d do to sell ourselves short and nothing we would not do to stand up for ourselves against the evils of the music industry.”

Their recipe is working and the pair’s secret sauce is sought after. 2014’s Us Versus Them enjoyed vast critical acclaim, and “EMAG” is currently rising among the ranks across !Earshot’s Hip Hop charts.

“EMAG” and the album are available now.