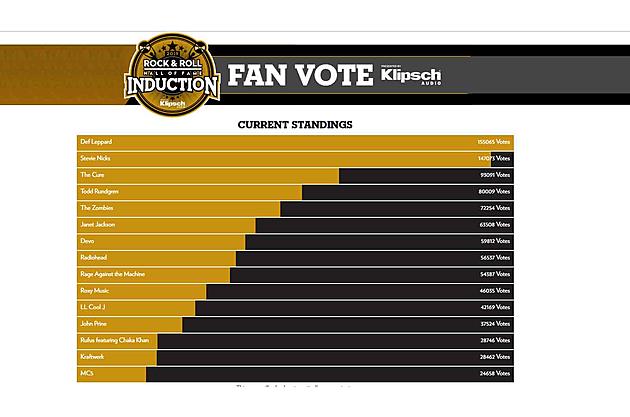 Def Leppard and Stevie Nicks are the early leaders in the Rock & Roll Hall of Fame’s annual fan vote. Every single one of the winners of past fan votes ended up getting inducted that year. Along with Def Leppard and Nick, nominees include the Cure, Devo, Janet Jackson, Kraftwerk, LL Cool J, MC5, John Prine, Radiohead, Rage Against the Machine, Radiohead, Roxy Music, Rufus & Chaka Kahn, Todd Rundgren and the Zombies. Fans can vote through 11:59PM ET on Dec. 9 here.