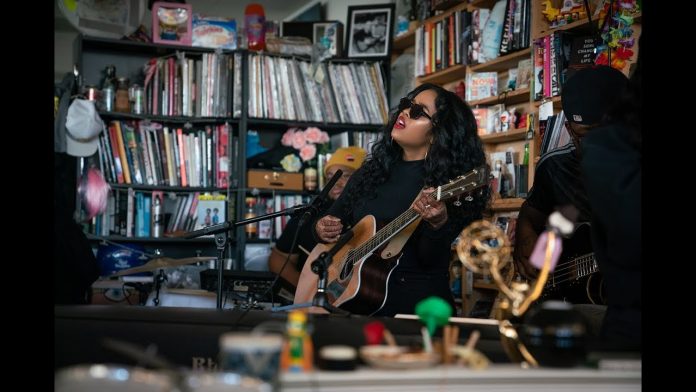 It’s been said that you only get one chance to make a first impression. In H.E.R.’s case, you get two. She stunned NPR as a special guest for Daniel Ceasar’s Tiny Desk concert earlier this year, in an appearance that showcased her vocal mastery. That earned her an invite to play again, front-and-center. She attacked her second go ’round with more fervor than the first, highlighting her skills as a multi-instrumentalist, maneuvering between acoustic and electric guitars, then the Fender Rhodes.