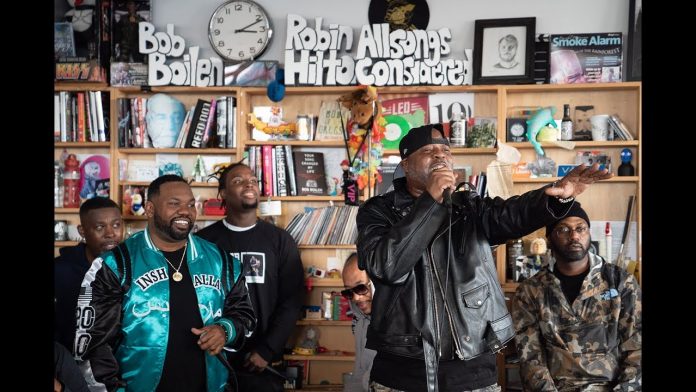 The Wu-Tang Clan gathered at the Tiny Desk to commemorate the 25 years since the release of the group’s landmark album Enter The Wu-Tang (36 Chambers). With more than 60 albums between the various members, The Clan’s combined discography left them spoiled for choice when it came to narrowing down the set list for their performance. The result was an extended, 20-minute medley of songs from across the group’s iconic catalog. At one moment in the performance, RZA — the mastermind behind the Clan’s success — omits some explicit lyrics from earlier in his Wu journey, while alluding to the #MeToo movement mid-cadence.