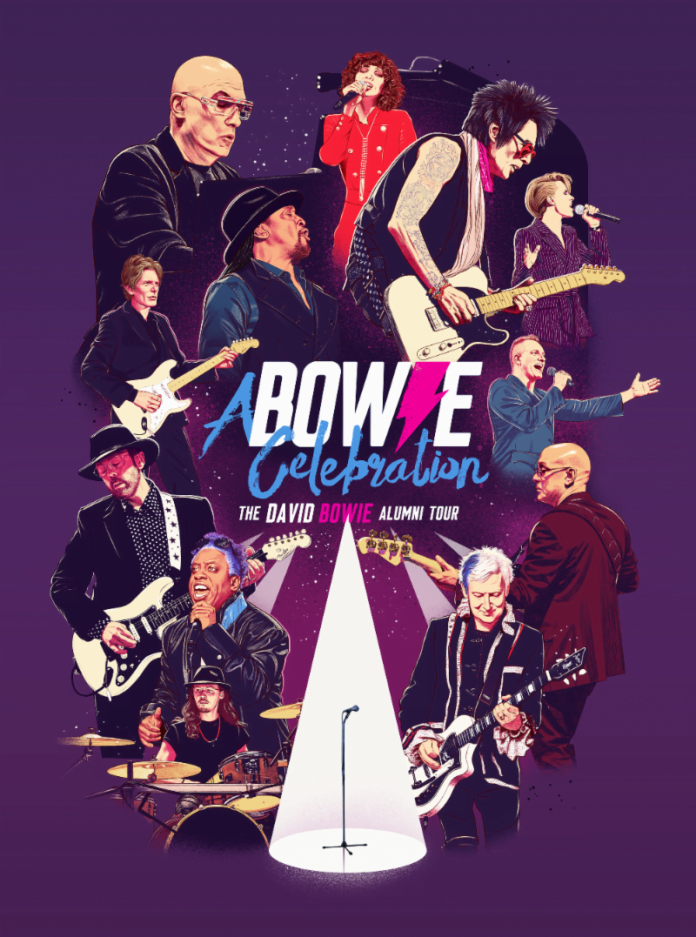 Following last year’s critically acclaimed tour, A BOWIE CELEBRATION: The David Bowie Alumni Tour has returned in 2019. It just launched last week in Europe – and will touch down in North America with 33 shows starting February 6 and wrapping March 22.

Garson heads up the alumni as the longest-standing member of Bowie’s bands, performed with David at his first and last concerts in the United States as well as 1,000 concerts together around the globe in between. The band also features legendary guitarist Earl Slick, who worked on landmark Bowie albums such as Diamond Dogs, Young Americans and Reality; and Bowie’s Let’s Dance/Serious Moonlight Tour bassist Carmine Rojas. Between them, they have over 30 years experience of recording, writing and playing live with Bowie.

During last year’s trek, Emmy and Golden Globe-nominated actress (“Westworld”) and singer (Rebel and A Basketcase) Evan Rachel Wood joined the all-star band to sing a variety of songs at the Los Angeles and Atlanta shows and was seen on “The Tonight Show Starring Jimmy Fallon” in April raving about the tour. As Wood explained to Fallon, “It’s not a cover band, it’s the band! It’s the actual band, so when you’re there it sounds as close as you’re going to get to Bowie.” Other special guests who joined the 2018 run included Perry Farrell, Joe Sumner, Fantastic Negrito, Mark Plati, Mr Hudson, David Liebman, Gaby Moreno and Sass Jordan.