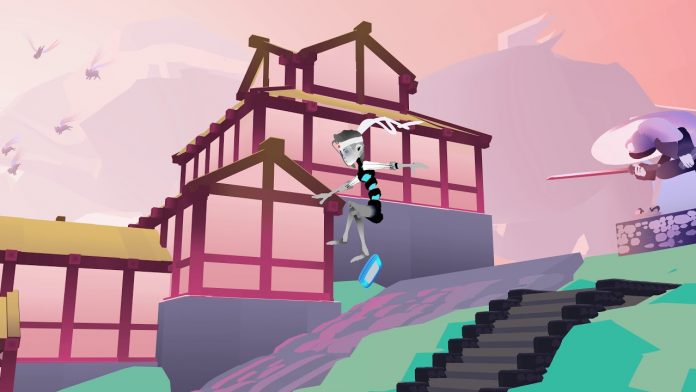 deadmau5′ label mau5trap have released the official video for deadmau5 & Mr. Bill’s mau5ville: level 2 collaboration track “10.8.” The video was created by the team of Funilab, Felix Steif and Sneekypops on a VR illustration and animation tool called Quill. The unique and design and aesthetic of the video contains tons of hidden messages and characters pertaining to the deadmau5 world.

“The idea for this video was to exploit the technical possibilities that Quill (a VR painting software) allows you to perform, like going from a very small object to something as big as the moon in a few seconds, are travelling through worlds nested into each others like Russian dolls,” says designer Simone Fougnier a.k.a. Funi. “deadmau5 and Mr. Bill’s tune was crazy enough to be the perfect soundtrack for this experiment, we rush from one section to the other only to realize, at the end, that all of those were just fiction, playing on screens while Bill and mau5 are half asleep in a messy room. Music makes you go anywhere, even if you’re in a pizza induced coma.”

“Joel and I connected through Twitch (funny enough, he was streaming about how to get that “Mr. Bill sound”), and now mau5trap has launched an Electrocado EP (another one is on its way), my score for the Nic Cage horror comedy MOM AND DAD, and my full-length, IDM album, Apophenia,” says Bill Day a.k.a Mr. Bill. “It’s great to be able to bring Funi, an artist, friend and close collaborator who I have been working with for a decade and who has been a major part of creating the Mr. Bill brand and the little potato Bill avatar into the mau5trap family with this incredibly detailed and immersive video pushing the boundaries of VR artistry. The Horde will be floored.”

Additionally, mau5ville: level 2 also includes “Drama Free” featuring LIGHTS. The song can also be found in the trailer for the upcoming Netflix release Polar which features original score by deadmau5. Look for mau5trap to release the film soundtrack on January 25 alongside the film.