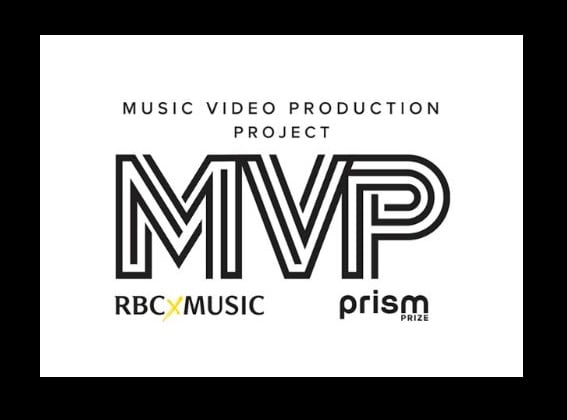 Today, RBC and the Academy of Canadian Cinema & Television (The Canadian Academy) announced the nine grant recipients of a new initiative called the MVP Project, which provides funding and networking support to musicians and filmmakers for music video creation and production.

The MVP Project was established in 2018, in a partnership between RBCxMusic and the Prism Prize. Administered by The Canadian Academy, the MVP Project was created to enable Canadians in creative industries to explore their musicianship, hone their filmmaking skills, and further their career growth.

Beginning in October 2018, Canadians who identified themselves as “Emerging Artists” were encouraged to submit their music and video treatments to a peer-based jury of music and media professionals. As recipients in the first round of the MVP Project, the artists and directors will receive mentorship and networking opportunities, as well as funding support through music video production grants.

In addition to these recipients, a portion of funds from each MVP Project funding round will be allotted to a Curated Music Video Production, commissioning a piece from one recording artist/producer/director team who have successfully collaborated in the past.

For this first round, the recipients are recording artist, Jessie Reyez, Producer, Mad Ruk and director, Peter Huang.

Music from all genres was represented within the submissions. The top four most-popular categories were Pop (22.2%), Rock (12%), R&B (10.5%) and Hip Hop (10.2%). Regionally, Ontario had the largest representation, with Quebec and Western provinces following.

The MVP project is part of the RBC Emerging Artists Project, which helps Canadian artists bridge the gap from emerging to established, and supports organizations that provide opportunities to advance their career.

The next round of submissions will open on January 15, 2019. For more information, visit www.mvpproject.ca.