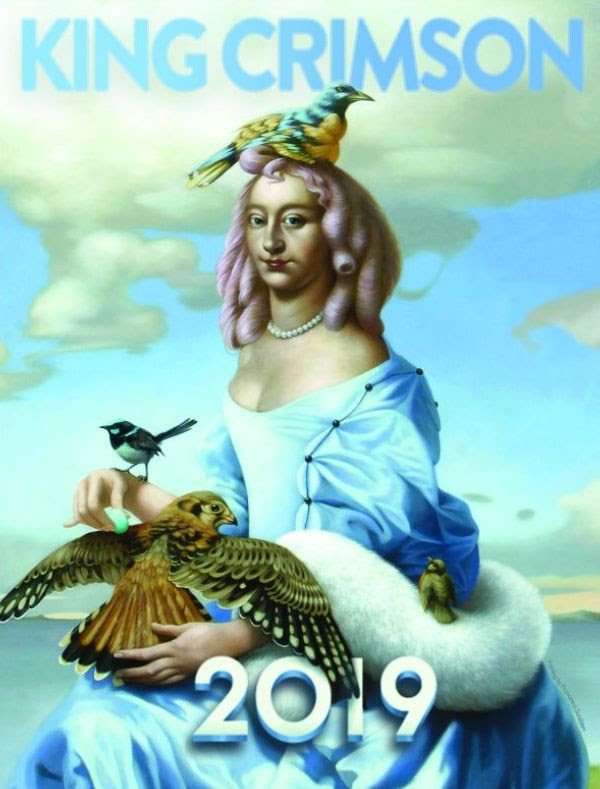 As part of a series of events and releases for their 50th anniversary, King Crimson’s 2019 tour will include special concerts across three continents, including both festivals and headline shows. Since the band’s return to live performance in 2014, with critically acclaimed sell-out shows all over the world including two defining shows at the Roman amphitheatre in Pompeii, previously home to Pink Floyd, the audience has been reinvented, as much as the band itself:

With its fiftieth anniversary, it seems that the wider world is finally ready to embrace King Crimson. A process that began with Kanye West’s sampling of “21st Century Schizoid Man” for his 2010 hit “Power”, now sees their song “Starless” as the soundtrack to the opening scenes of Nicholas Cage’s new 2018 film “Mandy”.

The band’s packed three-hour shows regularly include material from twelve of their thirteen studio albums, including many of the songs from their seminal 1969 album “In The Court of the Crimson King”, described by Pete Townshend, as an “uncanny masterpiece”. The new 8-piece line-up plays many historic pieces which Crimson have never played live, as well as new arrangements of Crimson classics – “the music is new whenever it was written”. There are also new instrumentals and songs, as well as the compositions by the three drummers, Pat Mastelotto, Gavin Harrison and Jeremy Stacey, which are a regular highlight. A unique show, where eight of the best musicians in the world play music without distraction or adornment.

“MELTDOWN” – A BluRay filmed at the band’s five sell-out shows in Mexico City in 2017, together with 3 CDs, was released in October 2018.

“COSMIKC F*KC” – an in-depth documentary of King Crimson will appear in 2019.