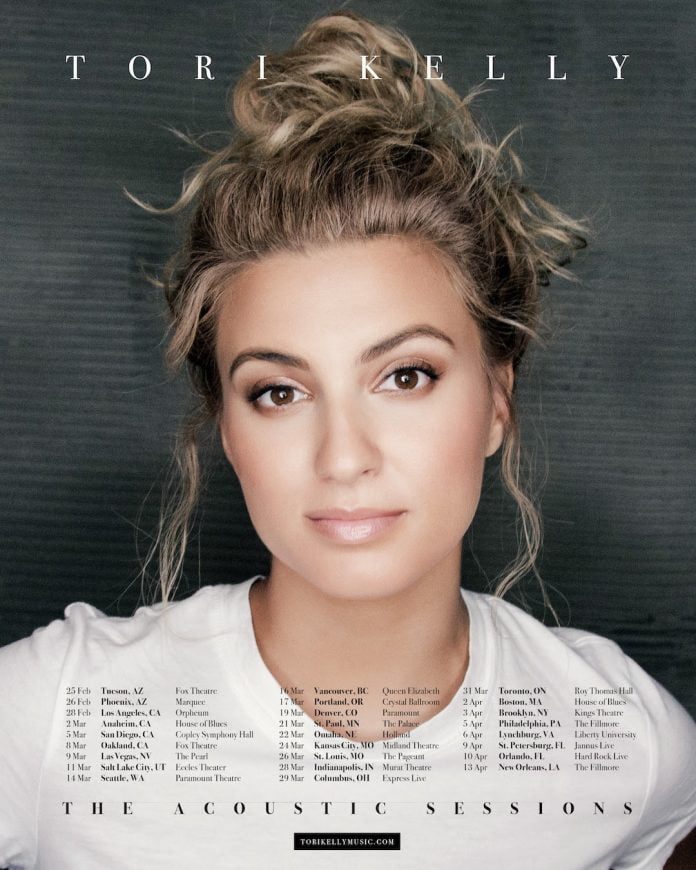 GRAMMY nominee Tori Kelly will kick off The Acoustic Sessions on February 25 at the Fox Theatre in Tucson. The North American headline tour will include a February 28 concert at the historic Orpheum Theatre in Los Angeles and an April 3 show at Kings Theatre in Brooklyn. See below for itinerary.

A ticket pre-sale for members of Tori’s fan club will begin on Tuesday, January 22, at 10:00 AM local time. Tickets go on sale to the public on Friday, January 25, at 10:00 AM local time. The stripped-down acoustic excursion follows Tori’s fall 2018 Hiding Place tour, which included sold-out shows in such cities as Los Angeles, San Francisco, Washington, DC, Atlanta and Dallas.

Tori’s 2015 debut album Unbreakable Smile entered the Billboard 200 at No. 2 and contained the Gold-certified singles “Nobody Love,” “Should’ve Been Us” and “Hollow.” Hailed as an artist to watch by such publications as Rolling Stone, USA Today and SPIN, she was nominated for a GRAMMY in the Best New Artist category and received the Billboard Women in Music Breakthrough Artist award. Unbreakable Smile has earned more than one billion cumulative streams worldwide and sold 1.3 million adjusted albums.