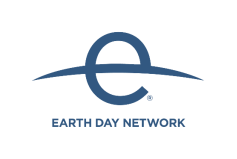 Working in partnership with thousands of organizations, the campaign identifies 2019 as a crucial year to advance and protect laws, policies, regulations, and international cooperation agreements for species protection from threatened rollbacks. Protecting the U.S. Endangered Species Act and the Migratory Bird Treaty Act are top priorities. EDN’s campaign also embraces the concept that nature has value in and of itself.

Today’s world is facing the greatest rate of extinction since we lost the dinosaurs more than 60 million years ago. But unlike the fate of the dinosaurs, the rapid extinction of species in our world today is the result of human activity.

The theme of Earth Day 2019 grew out of the recognition that human activities (climate change, deforestation, habitat loss, trafficking and poaching, unsustainable agriculture, pollution, and pesticides) are the leading causes of what Elizabeth Kolbert calls the Sixth Extinction.

Studies estimate that we are now losing species at 1,000 to 10,000 times the normal rate.  Insect populations have decreased by more than 45% worldwide; 40% of the world’s bird species are in decline; beekeepers report annual hive losses of 30% or higher, and the list goes on.

Many species will disappear before we learn about them or the benefits they bring to our eco-systems and our planet. The loss is so great that the welfare and future of the human species are threatened.

“The good news is that the rate of extinctions can still be slowed, and many of our declining, threatened, and endangered species can still recover if we work together now to build a united global movement of consumers, voters, educators, faith leaders, and scientists to demand immediate action,” says Kathleen Rogers, President of Earth Day Network.

• Educate and raise awareness about the accelerating rate of extinction of millions of species and the causes and consequences of this phenomenon.

• Achieve major policy victories that protect broad groups of species as well as individual species and their habitats.

• Build and activate a global movement that embraces nature and its values.

• Encourage individual actions such as adopting a plant-based diet and stopping pesticide and herbicide use.

Earth Day Network is particularly focused on species whose populations are being decimated by human activities (bees, giraffes, coral reefs, whales, and others).

“We must educate and mobilize on a global level if we are to protect our species. If we do not act now,” notes Rogers, “the Sixth Extinction may be our own.”