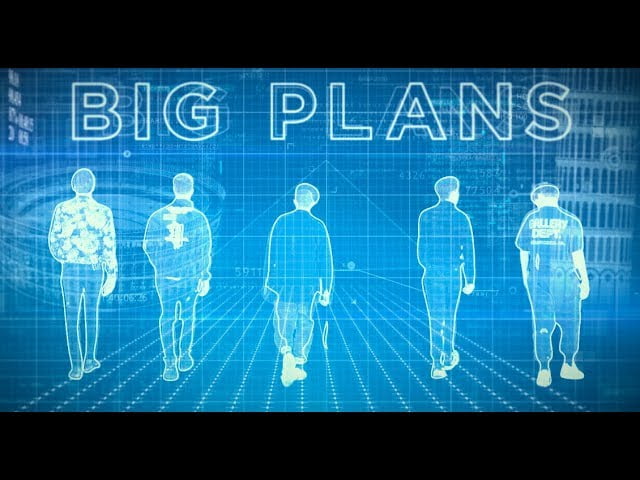 Atlantic recording group Why Don’t We have premiered the music video for their latest track “Big Plans,” which arrived last week and instantly shot to #1 on the iTunes all genres chart. The release is only the beginning for what is poised to be a massive year, already seeing single “8 Letters” continuing to climb at Top 40 radio and boasting over 130 million global audio and video streams to date.

The breakthrough group is currently prepping for their largest headline trek to date, the 8 Letters Tour, kicking off in March 2019 in Phoenix, AZ. The routing includes a stop at New York City’s legendary Radio City Music Hall which sold-out in under two hours, along with additional sold out shows in Los Angeles, Las Vegas, San Jose, Boston and Chicago.

Amassing more than 200 million global audio streams, 3 million Instagram followers, and total You Tube views exceeding 250 million with over 2 million subscribers in under 2 years, Why Don’t We has become one of pop music’s biggest breakout stories. Taking an innovative and unconventional approach towards releasing new music and actively engaging their rapidly growing fanbase, the prolific young group – the quintet ranges in age from 17-20 years old – put out four EPs in under 12 months. The group closed 2017 on a high note, performing on the entire iHeartRadio Jingle Ball Tour, including the NYC stop at Madison Square Garden where they shared the stage with Taylor Swift, Ed Sheeran, Camilla Cabello and more. Their debut full length album, 8 Letters, debuted in the top 10 on the Billboard 200 at #9 and immediately shot to #1 on US iTunes’ Overall Albums chart (along with topping charts in over 20 more territories around the globe). The band has sold out back-to-back North American headlining tours, including their biggest trek to date earlier this year that was highlighted by multiple nights in NYC, LA, Chicago, and Toronto. High profile national television appearances include performances on NBC’s TODAY (including their summer concert series in Rockefeller Plaza), ABC’s Good Morning America, nationally syndicated Live with Kelly and Ryan, CBS’s The Late Late Show with James Corden and more. Press highlights include features in Rolling Stone, Entertainment Weekly, Billboard, and TIME among others.