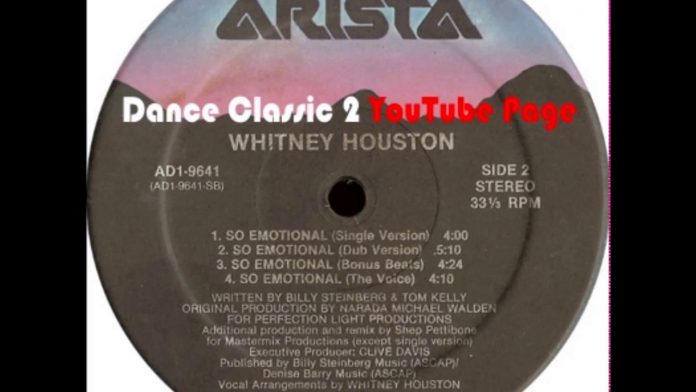 So Emotional by Whitney Houston was released as the third single from her second studio album Whitney (1987).

Commercially, it peaked at number five in the UK and number one in the Billboard Hot 100, where it became her sixth consecutive number one, and a dance chart hit. It would become the sixth best charting song of 1988, and was the fourth most played song on the club charts; it is her sixth biggest hit on the Hot 100 chart.