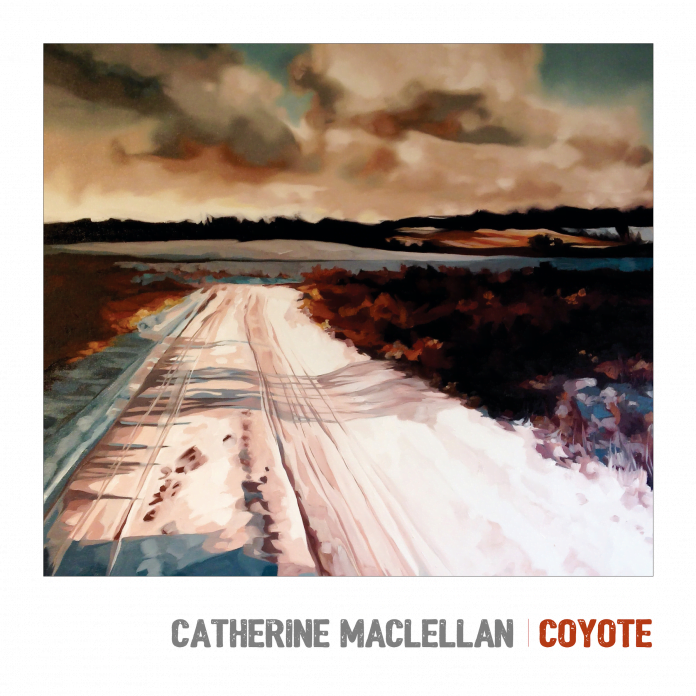 JUNO award winner, Catherine MacLellan, returns after a four-year break from her own work with her most anticipated sixth album, COYOTE. This self-produced record is a travelogue through heartbreak, loss and the joy of life. The first two singles Out Of Time and Waiting On My Love are available now, with the full album set to be released October 11, 2019.

The past four years have been a busy and important time for Catherine, she set aside her own songwriting to celebrate the life and legacy of her late legendary father, Gene MacLellan. During this time, she recorded and released the album If It’s Alright With You: The Songs of Gene MacLellan, produced a stage show and an award winning documentary, The Song and the Sorrow – all in tribute to him. Gene MacLellan is recognized as one of Canada’s most celebrated songwriters with worldwide hits including, Snowbird made famous by Anne Murray, and Put Your Hand in the Hand by Ocean.

“It’s been an important time for me,” says Catherine, “bringing my father’s life story and music back into the world. I’ve learned a lot about myself and who he was. I’m ready, though, to get back to my own path and to bring these songs into the world. They’ve been waiting for me.”

COYOTE contains 14 songs that are reflective, heartbreaking and hopeful. They were all recorded and produced at Catherine’s home studio in PEI.

“We can all find ourselves stuck in a relationship, a career or something that no longer serves us and holds us back instead. It can be very difficult to make a break, but the older I get the more I feel the urgency that there is no time to waste. Out of Time is very much about pulling up stakes and starting over on my own terms.”

“Waiting On My Love is about being in the moment and recognizing what you have in front of you. Love is never certain and is constantly evolving, but you can be aware of where you are right now and feel grateful for things as they are.”

Her last album of original material, The Raven’s Sun, won a JUNO for Roots Recording of the Year in 2015. Since then she’s been building a catalogue of songs just waiting to come to light. The songs are a result of big changes in her life and perspective. And while The Raven’s Sun was an intimate look into her musical work with long-time collaborator Chris Gauthier, COYOTE builds on that and adds the sounds of a fuller band. As well, it adds some more traditional East Coast instrumentation of accordions, fiddles and bouzouki.

As with many songwriters, Catherine feels most at home on the stage. So far this year, she has performed at Folk Alliance International, completed a successful spring tour of the Netherlands and graced the stage of the East Coast Music Awards Gala. This summer, the third in a row, Catherine is partnering with Charlottetown’s PEI Brewing Company for a summer series of concerts. This year songwriting friends Gordie MacKeeman and Meaghan Blanchard are joining her for the show Heaven To Me – Songs & Stories of Prince Edward Island. Fans will also find Catherine playing select dates and festivals in Canada and the US this summer and fall, with Australia rumoured for later this year.