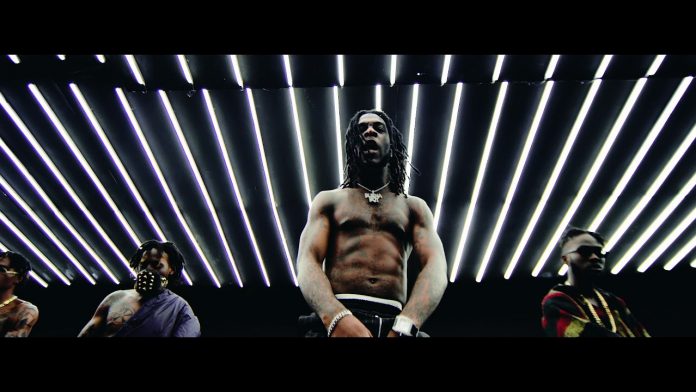 Burna Boy has announced plans for a major headline tour. “The African Giant Returns Tour” begins August 9th at Rebel in Toronto and then travels through San Francisco, plus additional international dates.
In addition, the Nigerian Afro-fusion singer and songwriter – whose just-wrapped “African Giant Tour” saw him light up Coachella with a fiery big band live set – will be among the headline acts performing at the upcoming Interswitch One Africa Music Fest, set for August 10th at Brooklyn, NY’s Ford Amphitheater at Coney Island Boardwalk.

Burna Boy released his new single ‘Anybody’ Friday, June 14th. In this song, we see his trademark display of star energy, literally and figuratively. In what may be the most personal song we have heard from the afrofusion artist in recent months, ‘Anybody’ addresses respect, growth, reputation, and, more importantly, recognizing who you are and taking charge. The music comes from a place deep within the artiste, chronicling his journey to where he is today, while addressing paying his dues and rightly so.