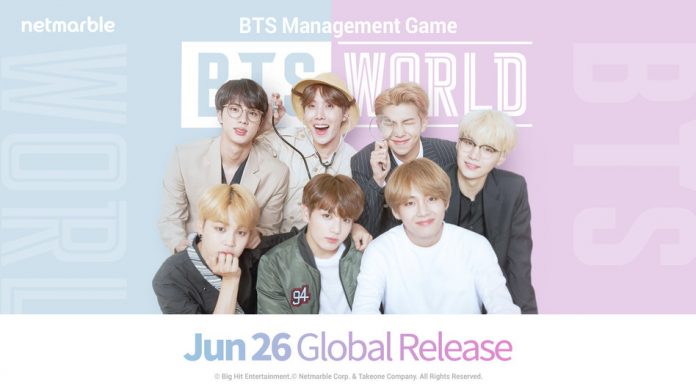 Netmarble has announced that “All Night (BTS WORLD OST Part.3),” the third song available from the BTS WORLD original soundtrack, will be released on  June 21 at 2 am PDT/6 pm KST. BTS WORLD, the highly anticipated mobile game from Netmarble offering the fantastic experience of becoming BTS’ manager, will launch worldwide on June 25 PDT/June 26 KST.

“All Night” is a moderate tempo hip hop song with a 90’s chill vibe featuring RM and SUGA of BTS along with Juice WRLD, the emo-rapper who has topped the charts with hits like “Lucid Dreams.”

The track, produced by RM, incorporates beats by Powers Pleasant, the co-founder of the Pro Era collective and producer of hits like Joey Bada$$’s “Devastated,” weaving itself a melodic singing rap.

BTS WORLD is a story-based mobile simulation game that takes players back to the start before the band’s debut to pursue the role of BTS’ manager, with the ultimate goal of fostering BTS to become superstars.

Players will encounter various missions where they will select certain BTS member cards to clear the mission and progress through the game. Collecting and upgrading these cards will open up even more stories along the way, and players will be able to interact virtually with BTS as managers in the game through various 1:1 interactive content.

In addition to BTS WORLD’s main story that allows players to foster BTS to become superstars, the game will feature individual stories with each BTS member appearing as the main character. Netmarble has released another preview of these individual stories through the BTS WORLD website, with six preview stories now available including RM, Jin, SUGA, j-hope, Jimin and V. The last story, featuring Jung Kook, will be available to preview on June 22.