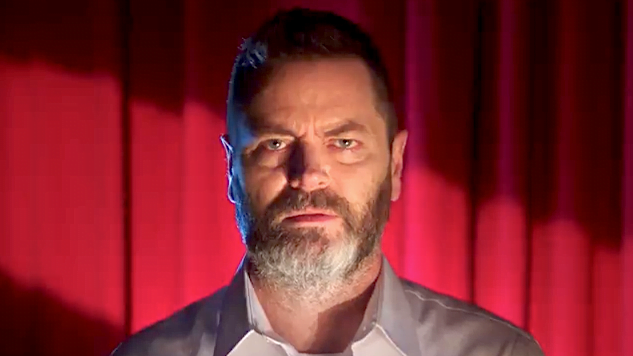 That comes on the heels of such recent Sleep Stories as “Rumpelstiltskin Learns To Meditate” and “The Wicked Witch of the West Discovers Mindfulness”. Celebrities Jerome Flynn and Keegan Connor Tracy narrate those bedtime stories.

The shared theme of the new tales is the power of meditation, mindfulness and other mind tools to transform our lives. The three new tales are written by Christina Yang, an American writer of Sleep Stories for Calm.

“We all know the story of the Big Bad Wolf,” says Offerman, the actor, writer, comedian and carpenter, best-known for his role as Ron Swanson in the sitcom, Parks and Recreation. “But in this new version, you hear what happens next – when he goes on a journey and becomes … a different, better kind of wolf. Having blown down the houses of the three little pigs, he has a change of heart and decides to help rebuild them.”

The Big Bad Wolf undergoes a comparable transformation. “The three little pigs suggest that he starts calling himself the Big Good Wolf,” says Offerman. “But he prefers the Big Calm Wolf. And they’re down with that.”

Even Offerman himself goes on a journey of his own, as narrator of the wolf’s tale: “I think I’ve found my new calling – as a Sleep Story narrator,” he says.