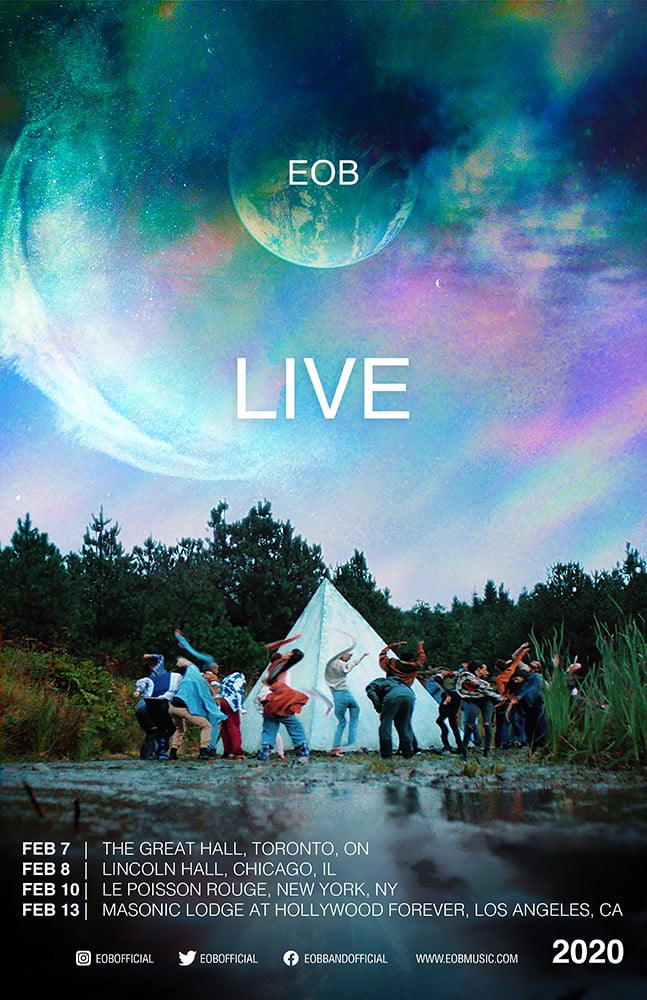 These exclusive events will serve as prelude to a full scale tour in support of EOB’s debut album, due out early 2020 on Capitol Records. EOB’s live band on these four dates and the upcoming tour will be comprised of Hinako Omori, Ross Chapman, Dishan Abrahams and Alvin Ford, Jr..

Ed recently unveiled the first sights and sounds from his debut under the EOB moniker, in the form of the song “Brasil.” Described by STEREOGUM as “a nine-minute shapeshifting epic,” “Brasil” begins life as a plaintive ballad built on the bare bones of O’Brien’s voice and acoustic guitar before blooming into “a pulsing motorik driver that beats out into space” (CONSEQUENCE OF SOUND). “Brasil” was also adapted into a nine-minute short film, bringing to life a concept by Ed and director Andrew Donoho that—in the words of ROLLING STONE—”shows humanity coming together after Earth is visited by an alien power.”

The early 2020 release date of the EOB album will be revealed shortly, as will its title. The album was recorded from the fall of 2017 through early 2019. Produced by Flood and mixed by Alan Moulder, EOB’s debut album features contributions from Omar Hakim, Colin Greenwood, Adam “Cecil” Bartlett, David Okumu and Richie Kennedy, Laura Marling, Adrian Utley, Nathan East and Glenn Kotche.

Tickets for these shows will be on sale to the general public Friday, December 11 at 10am local time.