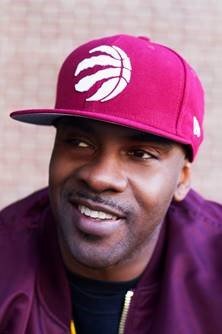 — Canadian hip hop icon Maestro Fresh Wes is set to perform at the most highly anticipated Toronto Raptors game of the season this Wednesday, December 11th, as the reigning NBA champions face-off against former teammate Kawhi Leonard for the first time since he left for Los Angeles.

“I’m definitely looking forward for Kawhi’s return and to see how he will be received,” says Wes of the mid-week game against the L.A. Clippers.

Ahead of the game, the multi-JUNO Award-winning artist has released his premiere edition of THIS IS EPIC, a curated playlist on Spotify featuring songs from The Weeknd, PARTYNEXTDOOR feat. Drake, Tory Lanez, Killy, and of course, the Maestro himself.

He’ll be bringing that fire to half court this Wednesday in an electrifying, fan-favourite show.

“I’ve performed at Raptors halftime games before,” he says, “but this is the biggest one yet.

“We’re now the world champions, and I’m honoured to be added to the lineup of entertainment.”

Speaking of champions, for starters, Maestro Fresh Wes (Wes Williams) is fresh off his 2019 induction into the Canadian Songwriters Hall of Fame.

Maestro’s songs “Reach For The Sky (feat. Classified and Blue Rodeo)” and “The Distance (feat. Saukrates)” were featured throughout the Olympics, 2014 Winter and 2016 Summer, respectively.

As an actor, Williams has appeared on numerous film and television projects, including The Line — for which he was nominated for a Gemini Award for Best Performance by an Actor in a Featured Supporting Role in a Dramatic Series — and as the character of Paul Dwyer in the CBC hit sitcom, Mr. D.

He has been inducted into the Scarborough Walk of Fame, received the 2003 Reel World Film Festival Trailblazer Award, and was a guest speaker for the Governor General of Canada’s Summit on Urban Arts.

Williams’ paths as both an author and motivational speaker merged with the release of his motivational book, Stick To Your Vision. With its foreword written by Public Enemy’s Chuck D, and content long-credited for inspiring fellow Canadian hip hop star Drake, the book has been incorporated by multiple school curriculums as required reading. His 2017 TED Talks on the subject of Self – Revision has been inspiring to many who have watched him evolve for over three decades.

2019 commemorates the 30 year anniversary of his first album and it’s a great time to celebrate as well as to motivate young minds. Recently, Wes performed and was a presenter at the 2019 JUNO Awards, performed at the final home game for the Vancouver Canucks’ 2019 NHL season, and supported the Kidney Foundation of BC.