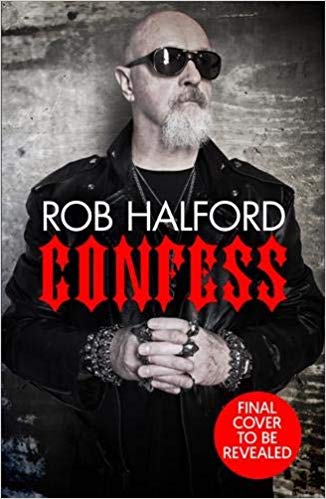 Judas Priest frontman Rob Halford will release his autobiography ‘Confess‘ in the fall of 2020. Headline Publishing Group/Hachette Book Group will be publishing the book on October 20,

Known as ‘The Metal God’ by his devoted, global fan base, Rob Halford has always subverted the norm, and Confess will offer readers a compelling and honest look at the struggles he has faced with addiction and his sexuality as well as exploring his music and his many brushes with controversy.

There have been few vocalists in the history of heavy metal whose singing style has been as influential and instantly recognizable as Halford’s. Confess, published to coincide with the 50th anniversary of Judas Priest – and described by Halford himself as ‘exciting, fun, disturbing and terrifying’ – will celebrate five decades of the guts and glory of rock-n-roll.

Written with Ian Gittins, co-writer of the New York Times bestseller, The Heroin Diaries by Nikki Sixx, this autobiography will celebrate the guts and glory of rock-n-roll from the late eighties up to the staggering 50th anniversary of Judas Priest in 2020, and is sure to be a bestseller across the globe.’

Rob says, “‘Confess‘ is a unique once-in-a-lifetime opportunity for me to expose every facet of myself. Digging deep with nothing to hide and nothing to fear was in many ways exciting, fun, disturbing, terrifying and cathartic. I’ve held nothing back. It’s time for me to Confess…”