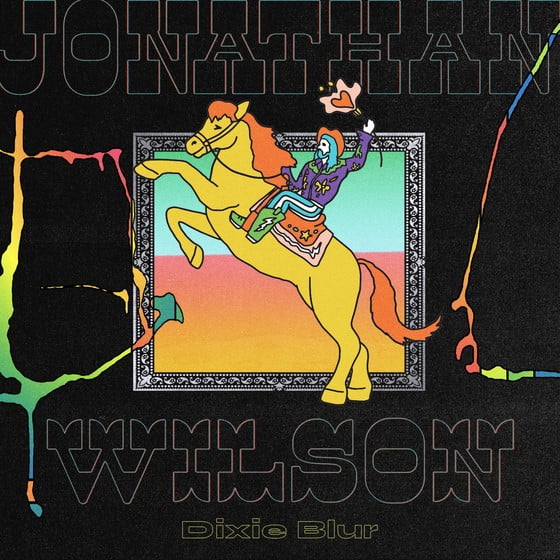 Check out the recently released single “In Heaven Making Love” below.

Wilson says of the song, “I wanted to write a song about a perfect evening, something worth remembering. A song about carrying letters of rock & roll freedom all over the world.” He adds, “SO happy to share this new music with Cousin Kenny Vaughn taking that sweet guitar break and the legend Mark O’ Connor playing that fiddle solo. I remember the moment clear as a bell.”

The results are incredible. Just listen to the tracks “So Alive” and “Korean Tea” to get a feel for Wilson’s vision, Watch the video for “69 Corvette”, featuring in-studio footage and home movies from Wilson’s youth that feed the longing for home narrative that runs throughout Dixie Blur.

While Jonathan Wilson may not be a name immediately recognized in mainstream pop culture, chances are that the multi-talented artist’s work has crossed your path. As a producer, Wilson has worked with artists that include Father John Misty, Conor Oberst, Laura Marling and Dawes. As a musician, he has appeared on albums by artists ranging from Jackson Browne to Karen Elson to Roger Waters. Wilson was also musical director, guitarist and vocalist on Waters’ epic US+THEM tour. As a solo artist, Wilson has released Gentle Spirit (2011), Fanfare (2013) and Rare Birds (2018), where he played nearly every instrument. On top of all of that, he is even a gifted luthier. There seems to be no limitation to what this modern renaissance artist is capable of.