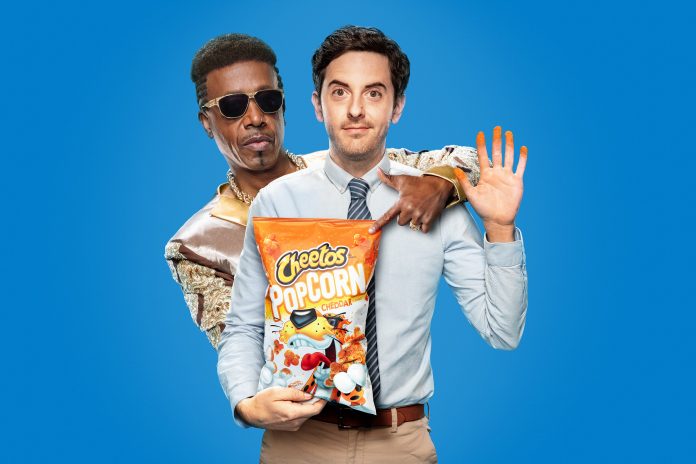 Cheetos is popping back into the Super Bowl ad scene for the first time in over a decade to debut its biggest innovation in a decade — Cheetos Popcorn — on the world’s largest advertising stage. The :30 TVC spotlights the orange and red dust that all Cheetos fans proudly wear on their fingertips, known officially as Cheetle, and will kick off Cheetos’ newest marketing campaign, “It’s a Cheetos Thing.”

Beloved ’90s hip-hop star MC Hammer is the star of the new commercial, as seen in the teaser released today on Cheetos’ social channels [See here]. The teaser video explores the origins of one of MC Hammer’s most beloved songs, “U Can’t Touch This” — which celebrates its 30th anniversary this week — and asks the question, “Was Cheetos and Cheetle the inspiration behind the iconic track?” Fans are transported back to the 1990s before MC Hammer debuted his hit song, showing that it all began with a bag of Cheetos and Cheetle-covered fingertips. The teaser is in preparation for the full Super Bowl commercial that will give a nod to Cheetle-covered fingertips being not just a delicious treat, but a permission slip to escape the mundane routines of everyday life.

“Cheetos is such an iconic and beloved brand that has gained even more popularity in the last decade, so we saw the Super Bowl as the only fitting place to debut our biggest product launch in a decade with Cheetos Popcorn,” said Rachel Ferdinando, SVP and Chief Marketing Officer, Frito-Lay North America. “And of course, joining our mischievous brand identity in a playful way with MC Hammer was a perfect fit. It’s two icons coming together — Cheetos and Hammertime — in a relatable story about the Cheetle that sticks to everyone’s fingers when eating Cheetos.”

Cheetos last had an in-game Super Bowl TVC in 2009 during Super Bowl XLIII when the Pittsburgh Steelers defeated the Arizona Cardinals. Since then, the brand has seen an even greater surge in popularity on the back of numerous experiential campaigns and partnerships such as the Cannes award-winner “Cheetos Museum”; a pair of Cheetos restaurants; a fashion show at New York Fashion Week; and collaborations such as Mac N’ Cheetos with Burger King and the KFC Cheetos Chicken Sandwich. The Flamin’ Hot line has further ingrained the brand in pop-culture, showing up everywhere from celebrity social media postings to music videos from the biggest artists in the world to celebrity chef culinary creations to runway fashion.