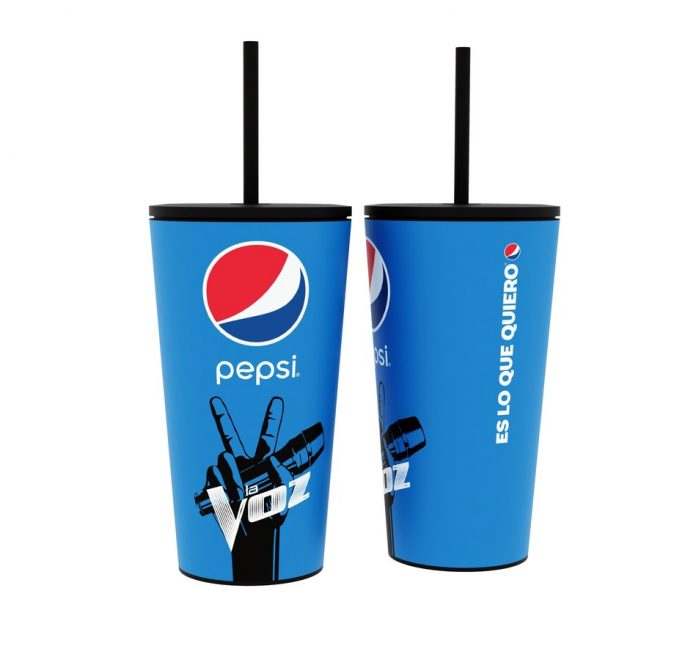 Today, Pepsi announced an integration with Telemundo’s highly-anticipated second season of “La Voz,” the Spanish-language edition of NBC’s award-winning hit series, “The Voice.” As the show’s first-ever beverage sponsor and prizing partner, Pepsi will take the season two stage by storm, unapologetically celebrating Latin music and the talented phenoms giving everything to become the next big musical superstar. Pepsi will level up the season two “La Voz” prize, bringing the original $100k grand prize up to an epic $200K.

The integration will span the blind auditions, battle rounds and live performances. It will feature cups branded with Pepsi in the coaches’ chairs and include Pepsi branding across a number of touchpoints: multi-screen presence throughout the season, in-show and out-of-show custom activations on linear and social and prominent thematic storylines woven throughout the season.

The integration will also bring to life and feature the newest U.S. Pepsi campaign tagline, “That’s What I Like” (“Es Lo Que Quiero”). Launched earlier this month, the new tagline is the brand’s first in two decades and is inspired by the most loyal Pepsi drinkers, who proudly like what they like and live their lives out loud without worrying about what others will think – whether that’s belting out a song at karaoke, clapping at the end of a movie, or simply enjoying a Pepsi. Pepsi unveiled five new national commercials to launch the new tagline, three of which were developed in partnership with the Pepsi brand’s Hispanic agency, Alma (“DJ BBQ,” “Subway,” and “Lavandería). The new ads spotlight various everyday people getting lost in a moment and finding themselves dancing in unexpected places or situations, despite the amused gaze of onlookers. Each spot is underpinned by a variety of upbeat music spanning hip-hop, dance hall, Latin pop tracks and more. The spots will air across English and Spanish-speaking properties to reach the brand’s ever-growing fusionista fans, Latinos celebrating and blending their Hispanic and U.S. cultures.

The premiere episode of season two of “La Voz” is set to air on Sunday, January 19th at 9pmET/8pmCT.