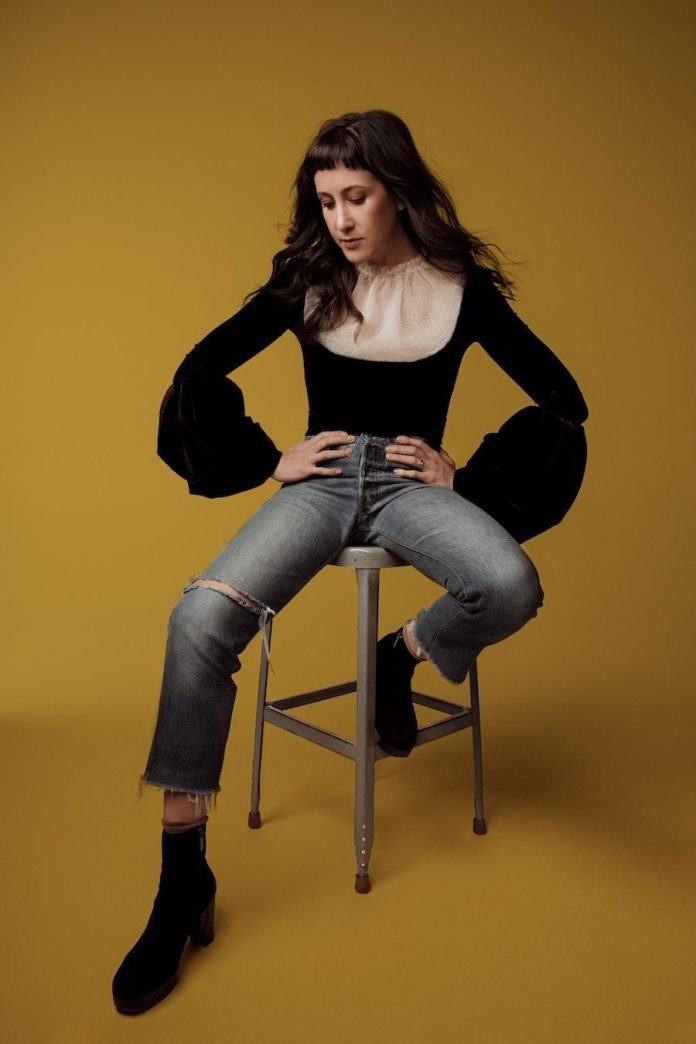 Vanessa Carlton is excited to announce her much-anticipated sixth studio album, Love Is An Art, will be available March 27, 2020 via Dine Alone Records. Tying into the album announce, Vanessa unveiled her single “The Only Way To Love” now streaming HERE. Earlier this week, Vanessa unveiled the first leg of her Love Is An Art Tour featuring special guest Jackie O with tickets available now. The U.S. headlining dates kick off on April 2, 2020 and run throughout the month, with one Canadian stop in Toronto at The Drake on April 9.

Album and concert ticket bundles are available through Vanessa’s fan ticketing site and include a discount when purchasing a signed CD or vinyl along with a concert ticket. Signed albums will be available for pick up night of the show at participating venues at the merch stand. $1 for each ticket sold through Vanessa’s ticketing site will benefit the Nashville Ballet. “This tour is a seismic shift for me…” says Carlton. “I am bringing out a full band for the first time in 15 years! My goal is to bring the enormous landscape in the album to life, every night. The highs, the lows, the dreams in between. I am also thrilled to be sharing the stage with the fantastic songwriter Jenny O who will be opening all shows.”

Vanessa gave fans a first taste of the upcoming album with the track and music video for “Future Pain”. In the video, directed by Joshua Shoemaker (Margo Price, Hurray For The Riff Raff), Vanessa plays three versions of herself, a changing person within an unchanging tradition of having a drink alone at the bar. She sings, “I’ve got nothing to lose and nothing to gain but future pain,” paying homage to past mistakes of her former self while foreshadowing a familiar future.

Love Is An Art, produced by Dave Fridmann (MGMT, Flaming Lips), explores the eternal seesaw that is human connection: the push, the pull, the balance, the bottoming out. It’s that constantly evolving nature of love, expectations and compassion that Carlton analyzes from all angles on Love Is An Art, from romantic, to parental, to the friends that hold us up and the leaders that repeatedly let us down.

“Love is the energy you put out into the world,” says the Nashville-based Carlton, who was inspired in part by the 1956 book The Art of Loving by philosopher Erich Fromm, and by stories and struggles both in her interior world and the world around her. “And it can be so incredibly messy at times.”

Love Is An Art finds Carlton reckoning with toxic relationships (the confessional “Miner’s Canary”), eternal partnership (“Companion Star”) and the children who fill the world with love and grace while politicians fill their pockets (the passionate “Die, Dinosaur,” written after the shootings in Parkland, Florida). And true to Carlton’s skill as both a lyricist and an instrumentalist, the arrangements on Love Is An Art tell these tales as vibrantly as the words themselves: piano parts that speak of rage and tenderness, synths that burst and glow like dawn.

The album doesn’t just explore connections – it was also born of one. Carlton wrote the album with the acclaimed Nashville-based singer-songwriter Tristen, camped out and working while her daughter napped. “This record is about being out of my comfort zone,” says Carlton. “What’s going to happen when we do things that people assume are not naturally a match, like working with Dave Fridmann? I loved the idea of working with someone who’s known for a palette that isn’t associated with me, but it was a fit the second we started working together. Or what could happen when I sit with another writer, and just collaborate?”

The result is an extremely dynamic LP filled with sticky melodies and haunting phrases as well as experimental constructions: super high highs, super low lows, and song structures that break the mold from the expected. Unlike her previous, critically-acclaimed 2015 album Liberman, which Carlton describes as having a calming, almost meditative palette, Love Is An Art reads, and sounds, “red.” Huge. Passionate. The color of a beating heart.

Carlton has constantly challenged both herself and the expectations that surround her throughout her lengthy, accomplished career: she attended both the School of American Ballet and Columbia University, and was discovered as a singer-songwriter/pianist when a cassette tape demo was given to legendary music impresario Ahmet Ertegun. With her debut single “A Thousand Miles,” Carlton soared to the top of the Billboard charts and garnered multiple Grammy nominations, though that song is only a small fraction of the body of work and artistic identity she’s developed since then, ever evolving and growing as a performer and songwriter. In the summer of 2019, she pushed that even further, making her Broadway debut as Carole King in Beautiful: The Carole King Musical.