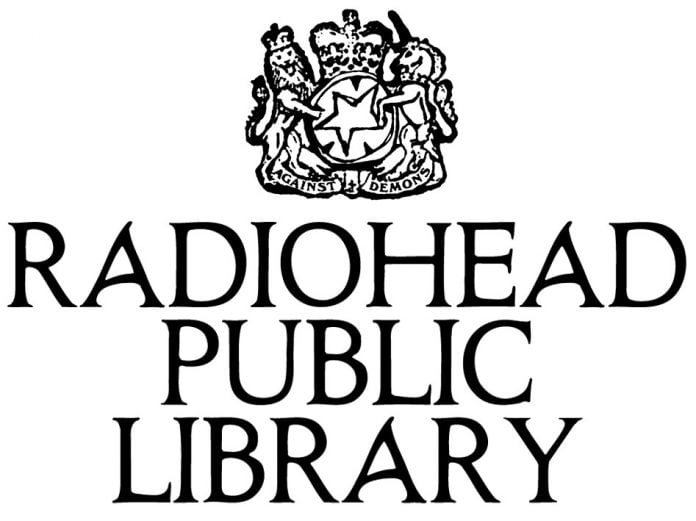 The internet as a whole has never been a reliable resource for detailed or even accurate information re: Radiohead. Many sites that attempted to provide some measure of service have long since gone dark as well. The overall effect has been “Radiohead” search results that yield random and/or abbreviated shards: songs and album titles unaccompanied by detailed artwork or any additional context, low quality videos preceded by advertisements and shuffled via algorithms, and so on…

That ends with the unveiling of the Radiohead Public Library. From today, visitors at Radiohead.com will be able to create their own library card and membership number, and access a highly curated and organized archive of the band’s catalogue and corresponding visuals and various artifacts associated with each album: Detailed artwork, official videos, and ad-free HD live and TV performances, B-Sides and compilation tracks, previously out-of-print merchandise to be custom made on demand, band members’ “office chart” playlists from around the time of In Rainbows, The King of Limbs and A Moon Shaped Pool recording sessions, and more.

To commemorate the Library’s opening week, Colin and Jonny Greenwood, Ed O’Brien, Philip Selway and Thom Yorke will each take a turn serving as librarian for a day beginning January 20 and ending January 24, each presenting a curated selection of archival material across the band’s social media channels (as well as their own Radiohead Public Library cards).

Finally, coinciding with the Library’s opening, a number of previously unavailable Radiohead rarities have been made available to stream and download, including the band’s 1992 debut, the Drill EP, “I Want None of This” from the 2005 charity compilation Help!: A Day in the Life, and the 2011 TKOL RMX 8 remix EP.