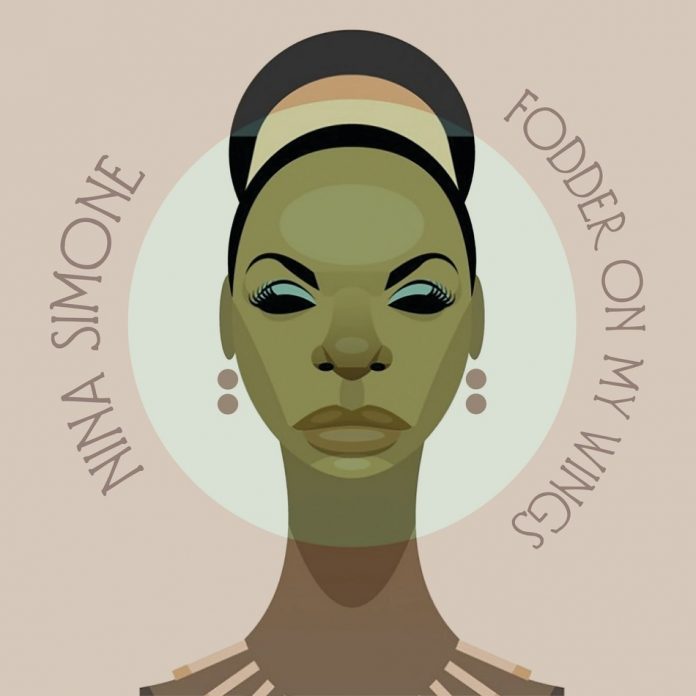 Recorded in 1982, not long after she moved to Paris, Fodder On My Wings was one of Nina Simone’s favorite albums yet has remained one of her most obscure. Originally recorded for a small French label and only sporadically available since its initial release, Fodder On My Wings will be reissued in a variety of formats including CD and LP, as well as widely available digitally for the first time, in both standard and hi-res audio, on April 3 via Verve/UMe. The original album will be expanded with three bonus tracks from the recording sessions from a rare French reissue released in 1988. The effervescent opening track “I Sing Just To Know That I’m Alive,” a song that Simone often performed live in her later years, is available now to stream and as an instant grat download with digital preorder.

A lesser-known but important part of Simone’s musical history, Fodder On My Wings contains deeply personal songs, including the aforementioned, “I Sing Just To Know That I’m Alive” and “I Was Just A Stupid Dog To Them,” as well a searing lyrical improvisation about the death of her father on “Alone Again (Naturally).” At the time she recorded the album, Simone was living in France and extremely lonely; her mental illness was worsening and her family life was fractured. It’s out of this despair that one of the many album standouts, the near title track “Fodder In Her Wings,” was birthed. As Pitchfork wrote in their list of 33 of Simone’s most iconic songs, the composition “captured with startling intimacy the pain of this period, and she returned to it frequently through the next decade, cutting another studio version three years later (the synth-heavy take on Nina’s Back!) and including it on several live albums, including an awe-inspiring performance on 1987’s Let It Be Me,” continuing, “Simone’s vocal makes a song of weariness and defeat carry an air of defiance, a wise word from someone who survived to tell the tale.”

Over the years, the album has been reevaluated and has received its due as a significant work in Simone’s prolific catalog. In a 2005 review of the album, Jazz Times hailed the record and especially her emotional performance on “Alone Again (Naturally),” writing: “At the core of the album is a rare, powerful example of Simone with all masks stripped away: Her personal pain explodes to the surface as she reworks Gilbert O’Sullivan’s “Alone Again (Naturally)” into a diatribe about her dying father that bravely progresses from venomously embittered to cautiously conciliatory.”

Recorded at a time when Simone was feeling rejuvenated by her surroundings and by the African musicians she met in her newly adopted France, Fodder On My Wings is an essential Simone album that is making a long-overdue reappearance and can now be heard however you prefer to listen to music.

FODDER ON MY WINGS TRACK LISTINGS