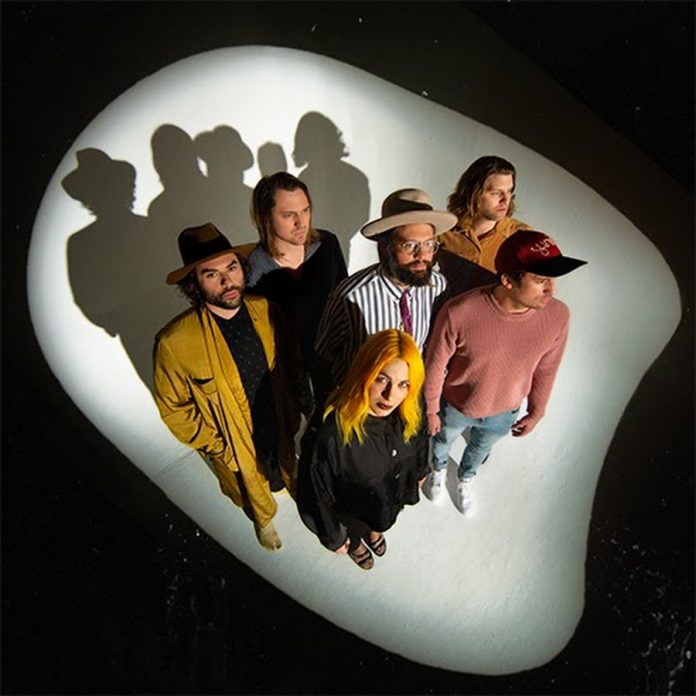 The Head and The Heart has announced a North American spring tour joined by special guest Margo Price, who has just released her excellent new single “Stone Me”. Hiss Golden Messenger will support the band on 3 shows in April. Presale and general on sale info below. Produced by Live Nation, the outing will kick off April 18th in Tilmon, TX and make stops in Toronto, Portland, New York and more, before wrapping July 19th.

Alongside the new tour dates, the band has released the official video for “Honeybee,” starring the band’s own Charity Rose Thielen, directed by Clare Gillen with creative direction from Charity and Gilly Studio. “Honeybee” has become a fan favorite and breakout track from the band’s fourth full-length album, Living Mirage, released to critical praise last year.

“Honeybee” follows on the heels of album track “Missed Connection” which secured the #1 position on the Alternative Chart and #1 at Mediabase and BDS alternative charts, already having achieved #1 on the AAA chart.

The Head and the Heart will perform “Honeybee” on The Late Late Show with James Corden on March 5th.

In addition to the tour, fans can also catch the band at Old Settler’s Music Festival, Something In The Water Festival, Hangout Music Festival, Green River Festival, Under The Big Sky Festival and Mountain Jam this spring – with more summer festival announcements coming soon. See below for a full rundown of dates.