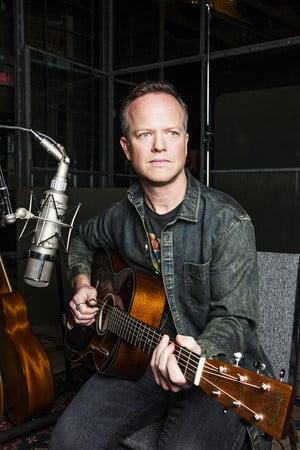 The acclaimed Black Hen Roadshow is back, and better than ever! Coming to stages across Canada in the spring of 2020, this fourth incarnation of the travelling revue features a stellar line-up of artists and promises an evening of unique collaborations and musical entertainment, cementing the Roadshow as an exemplary touring showcase of contemporary roots music.

Steve Dawson and his Black Hen label need no introduction to Canadian roots music fans. A musician’s musician in the truest sense, Dawson is both a highly sought-after producer, and an in-demand sideman and session player, with his unique voice on the slide guitar, pedal steel and more. Currently residing in Nashville, Dawson owns and operates The Henhouse Studio and Black Hen Music, now entering its 21st year. Lately Steve has been recording and working on projects with Matt Andersen, Birds of Chicago, and Big Dave McLean to name but a few of his many collaborators. Known for bringing the best out in everyone he works with; the multiple Juno Award winner and renowned guitar slinger couldn’t be more excited about taking this incredible group of musicians on the road. “Each of these powerhouse performers has their own unique artistic voice and having them all together on stage at once is guaranteed to be a breath-taking phenomenon.”

Oh Susanna has a voice that can pierce a heart of stone. Her superbly crafted songs tell stories of troubled souls who rebel against their circumstances to attain a quiet dignity. She writes of love and longing, joys and pain, simple feelings and strong passions, thereby revealing our beautifully flawed human hearts. Performing since 1996, Oh Susanna has released eight critically acclaimed and award-winning albums. This year marks the 20th anniversary of her folk-noir full-length debut Johnstown.

Stephen Fearing’s music is a mesmerizing blend of roots, folk and pop. Co-founder of Canadian roots-rock supergroup Blackie and The Rodeo Kings, he is an alluring songwriter—an insightful chronicler of life’s journeys—and a master guitarist who continues to tour and delight audiences throughout North America, the UK and Europe. A multiple Juno Award winner, Fearing’s 10th solo album Every Soul’s a Sailor was named Worldwide Album of the Year by Blues Roots Radio and earned him Contemporary Singer of the Year at the Canadian Folk Music Awards. The Halifax Herald calls him “a king among minstrels” … Acoustic Guitar Magazine states, “Fearing’s music crackles with ideas and collaborative energy … masterful guitar work from acoustic rock rhythm to elegant finger style.”

Catherine MacLellan is one of Canada’s finest and favourite east coast singer-songwriters. She has released several albums, including the Juno Award-winning The Raven’s Sun, as well as a tribute album to her late father, Gene MacLellan. That album If It’s Alright With You contains 13 of his most famous compositions, including Snowbird, a trademark hit for Anne Murray. With her obvious passion and seemingly effortless delivery, MacLellan never ceases to enchant and enthrall.

Steve Dawson—with busy first-call, upright bassist Jeremy Holmes and drummer Liam MacDonald by his side—will lead this remarkable collection of renowned artists through two killer sets of authentic and inspiring music. The opening set showcases each headliner individually, with Steve, Liam and Jeremy supporting. For the second half of the evening, the entire entourage comes together on stage to play a full set of collaborative group numbers … more songs, guitars, harmonies, camaraderie, instrumental breaks, laughter … musical magic at its best!