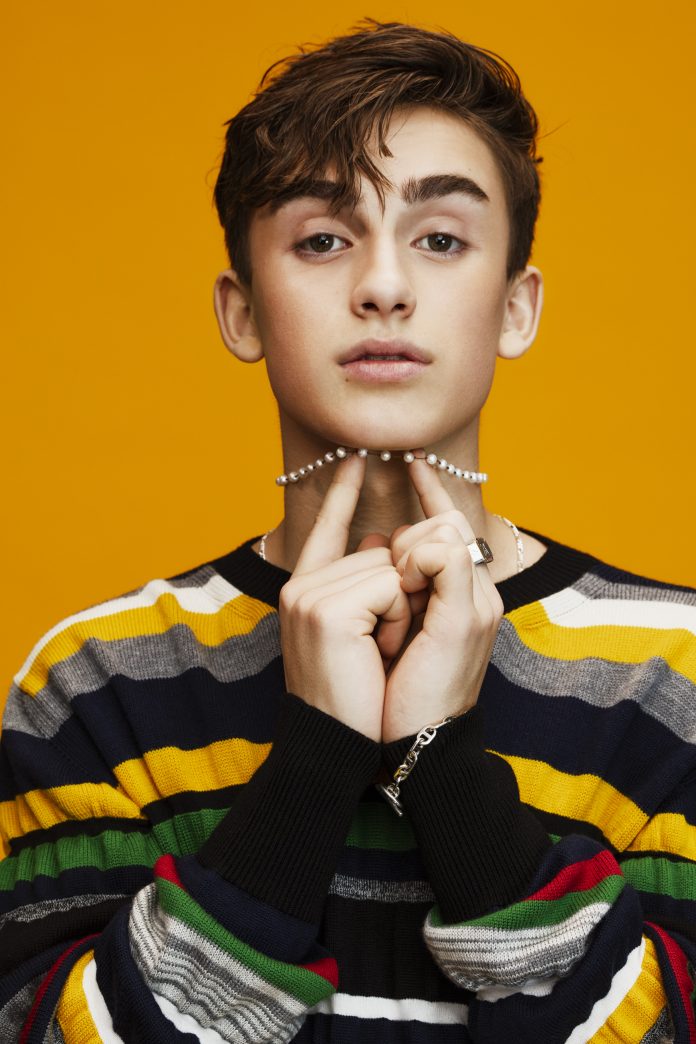 Singer-songwriter and pop artist unveiled his brand new single “See You” this morning. Co-written by acclaimed songwriters Geoff Warburton (Shawn Mendes, renforshort, Chase Rice), Sam Fischer (Demi Lovato, Keith Urban Jessie J), Derik Baker (Virginia to Vegas) and Mike Wise (Allie X, bülow, Dvbbs), who also produced the track in collaboration with Orlando this past January, the song is about still having feelings for someone after a break-up and wanting to see them. The video, shot entirely in Orlando’s bedroom at his family home in Toronto while physical distancing due to the COVID-19 pandemic, was directed remotely by Alex P Smith (Universal Music Canada) and plays on the song’s theme of wanting to see someone who is special to you and still feel a sense of connection with them in a time when we are asked to be physically apart.

“‘See You’ is about the process of reconnecting with someone that I used to know, and the song is written from the perspective of our direct conversation,” says Orlando. “We didn’t originally plan to release the song during a time where the world is physical distancing, self-isolating or in quarantine, but it has kind of given it an alternate meaning. Throughout this period, I have had to rely on technology to connect with my friends and fans online, which has been a really interesting experience. We decided to pivot the music video concept and shoot a home quarantine-style music video, completely shot in my bedroom. The concept for the video is basically just a reflection of my life right now, trying to communicate with people through social media or FaceTime and doing whatever I can to stay connected in such an uncertain time.”

Orlando teased that the song and accompanying video were coming on his socials this past Saturday, causing a stir among his social media following of over 22 million fans. To-date, over 500 TikTok videos have been created from the Original Sound clip that Orlando posted for the song on Saturday.

The “See You” video features online cameos from Orlando’s friends in the comfort of their own homes including musicians Tate McRae, HRVY and Kenzie, and actor Noah Schnapp (Stranger Things) to name a few.

Since the announcement of the COVID-19 global pandemic, Orlando has started up ‘Alone Together’ The IG Live Series, where every few days he chats with a fellow musician, actor, influencer, etc. on his Instagram. Guests have included: Public, Asher Angel, Noah Schnapp (Stranger Things), HRVY, Cameron Dallas, etc.

Orlando’s most recent single, “Phobias” was released in February 2020 and has already racked up over 7.6 million streams to-date.

Toronto-born singer-songwriter and pop artist Johnny Orlando released his debut EP, Teenage Fever in March 2019. Having just turned 17 years-old, Orlando’s music has already amassed over 355 million streams to-date and has garnered acclaim from the likes of Billboard, Variety, Paper, Teen Vogue, Just Jared Jr., Tiger Beat and more. Orlando quietly made strides towards establishing his identity by way of numerous international hits. 2018’s “What If” (feat. Mackenzie Ziegler) clocked 109 million-plus global streams and over 21 million music video views in under twelve months, captured #1 on the musical.ly Global Song Chart, and landed on the Spotify Viral 50 in 33 countries. In addition to receiving praise from various international media outlets, Orlando has performed at the Macy’s Thanksgiving Day Parade and at the 2019 Teen Choice Awards. Most recently, Orlando garnered his first-ever Europe Music Award for Best Canadian Act at the 2019 EMAs in Seville, Spain, and along the way, he garnered a nomination for Breakthrough Artist of the Year at the 2019 JUNO Awards as well as nods at the Kids’ Choice Awards, iHeart Much Music Video Awards, and Teen Choice Awards. In 2019 Orlando also headlined his first-ever North American and European tour in support of his EP. With a collective social following of over 22 million fans, Orlando is at the forefront of the next generation of Canadian artists impacting a global music stage.