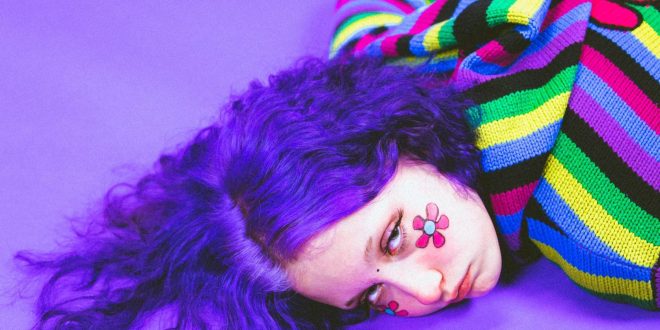 In February, Moriondo shared “Ghost Adventure Spirit Orb,” which found the artist venturing i­nto new territory – adding electric guitar to her signature ukulele sound. The release followed “Kindergarten,” which premiered via FLOOD Magazine, who praised the artist as “a force to be reckoned with.” The track marked the singer-songwriter’s first release via Public Consumption Recording Company, a joint venture with Elektra Music Group. Produced by Cavetown’s Robin Skinner, “Kindergarten” captures the dizzying feeling of a young crush.

Chloe kicked off the year supporting Cavetown along his UK and European tour after spending much of 2019 on the road and playing sold-out headline performances at New York City’s Mercury Lounge and The Moroccan Lounge in Los Angeles. In 2018, Chloe Moriondo shared her debut album Rabbit Hearted., which has garnered nearly 30 million streams.

Moriondo began writing songs in her Michigan bedroom at the age of thirteen. Armed with a ukulele and relatable, confessional lyrics, the singer-songwriter has built a devoted fanbase of millions across all social platforms, sharing her authentic self to create a genuine connection with her listeners.