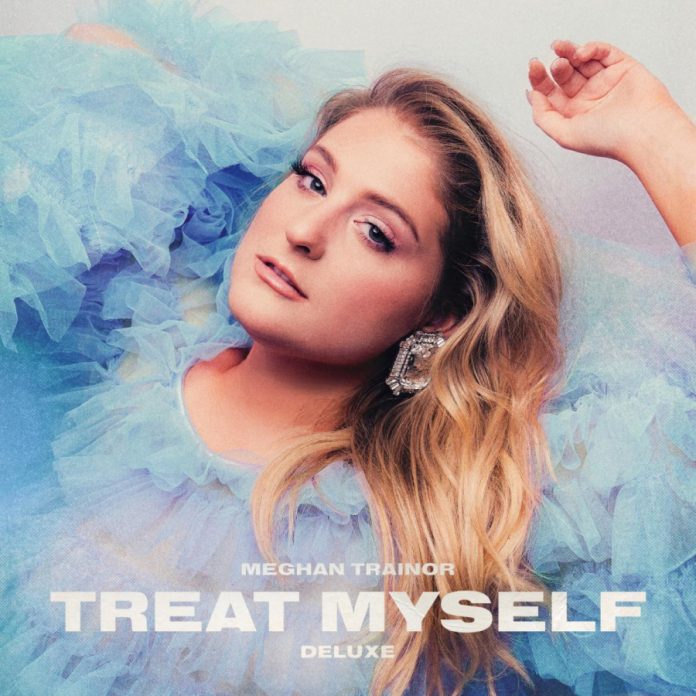 GRAMMY Award-winning singer, songwriter, and producer Meghan Trainor unveils Treat Myself Deluxe to be released on July 17, 2020. She expands her acclaimed third full-length offering, Treat Myself, with three brand new songs and unreleased alternate recordings of two fan favorites, presenting the definitive edition of the record. More information coming next week with the release.

Among the new tunes, she shares the new track “Make You Dance” today. The track begins with a sparse harmony before strutting along on a funk-y, disco-fied bass line. As the bass thumps, she assures, “I dropped this shit to make you, make you…dance.” That’s the immediate outcome too. Ultimately, she serves up another sassy, spirited, and soaring anthem.

Following its arrival in January, Treat Myself surpassed half-a-billion plays so far, generating nearly 450 million cumulative streams and counting to date. Moreover, video views exceeded 170 million-plus. Upon release, Forbes dubbed it, “a spectacular showcase of Trainor’s talent, lyricism and overall range,” and Idolator just named Treat Myself one of the best pop albums of 2020 so far, declaring that “this is one of those projects that is destined to attain cult status in years to come.”

Meghan Trainor first made history in 2014 with her diamond-certified smash single “All About That Bass.” The GRAMMY Award-winning singer, songwriter, and multi-instrumentalist thus far has garnered a GRAMMY Award and achieved eight multi-platinum singles and two platinum albums, sold out three world tours, penned multi-platinum hits for peers across pop and country, and received countless industry awards and nominations.

Expanding her influence on pop culture, she starred on FOX’s hit series THE FOUR: Battle for Stardom for two seasons and is currently on the superstar coaching panel of ITV’s The Voice UK alongside Sir Tom Jones, will.i.am, and Olly Murs. She kicked off 2020 with the release of her third full-length album, Treat Myself. It includes the platinum smash “No Excuses” as well as blockbuster anthems and collaborations such as “Nice To Meet Ya” [Nicki Minaj], “Genetics” [feat. Pussycat Dolls], “After You” [feat. AJ Mitchell], and “Wave” [feat. Mike Sabath].