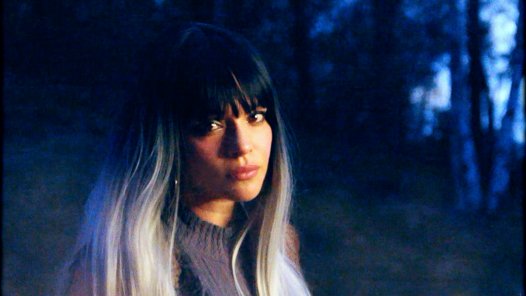 Singer, songwriter, and pianist Norah Jones has released the official video for “Flame Twin,” a captivating song from her widely acclaimed new album Pick Me Up Off The Floor, which is out now on Blue Note Records. The track features Jones’ vocals and piano with John Patitucci on bass, Brian Blade on drums, and Pete Remm on guitar, synthesizer, and organ. The video brings the song’s mysterious lyrics to life.

Jones didn’t mean to make another album. After she finished touring 2016’s Day Breaks — her beloved return to piano-based jazz — she walked away from the well-worn album cycle grind and into an unfamiliar territory without boundaries: a series of short sessions with an ever-changing array of collaborators resulting in a diverse stream of singles (with Mavis Staples, Rodrigo Amarante, Thomas Bartlett, Tarriona Tank Ball, and more). But then slowly but surely, the session songs Jones hadn’t released congealed into that very thing she’d meant to avoid — an album. But Pick Me Up Off The Floor is not some disjointed collage. It holds together beautifully, connected by the sly groove of her piano trios, lyrics that confront loss and portend hope, and a heavy mood that leans into darkness before ultimately finding the light.”Living in this country — this world — the last few years, I think there’s an underlying sense of, ‘Lift me up. Let’s get up out of this mess and try to figure some things out,'” says Jones.

Norah Jones first emerged on the world stage with the February 2002 release of Come Away With Me, her self-described “moody little record” that introduced a singular new voice and grew into a global phenomenon, sweeping the 2003 GRAMMY Awards. Since then, Norah has become a nine-time GRAMMY-winner and sold 50 million albums. Her songs have been streamed five billion times worldwide. She has released a series of critically acclaimed and commercially successful solo albums—Feels Like Home (2004), Not Too Late (2007), The Fall (2009), Little Broken Hearts (2012), and Day Breaks (2016)—as well as albums with her collective bands The Little Willies, El Madmo, and Puss N Boots featuring Sasha Dobson and Catherine Popper who released their second LP Sister in 2020.

The 2010 compilation… featuring Norah Jones showcased her incredible versatility by collecting her collaborations with artists as diverse as Willie Nelson, Outkast, Herbie Hancock, and Foo Fighters. Since 2018 Jones has been releasing a series of singles including collaborations with artists and friends such as Mavis Staples, Jeff Tweedy, Thomas Bartlett, Tarriona Tank Ball, Rodrigo Amarante, and Brian Blade. The 2019 singles collection Begin Again gathered seven snapshots of creativity from one of the music world’s most consistently intriguing artists.