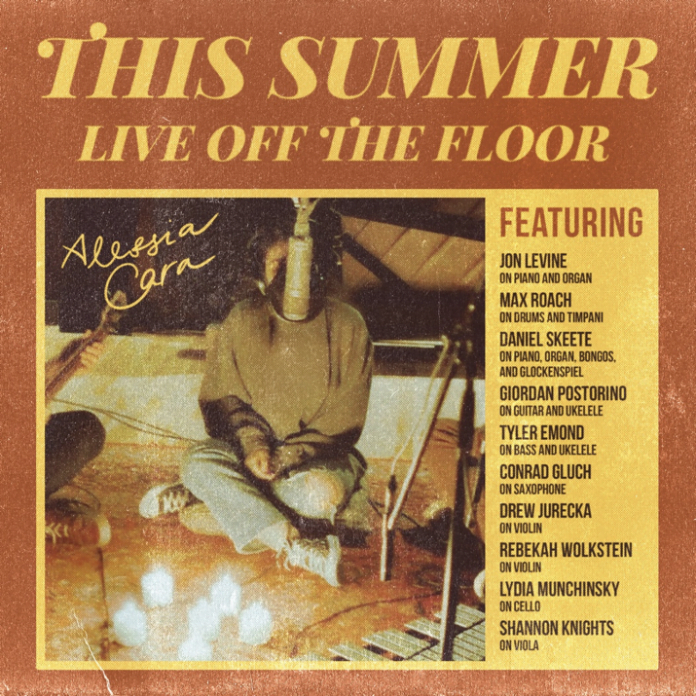 Grammy Award®-winning singer-songwriter Alessia Cara gives fans around the world an intimate look into her creative process and the live evolution of her deeply personal songs with the release of her new EP, THIS SUMMER: LIVE OFF THE FLOOR, today available on all platforms via Def Jam Recordings/Universal Music Canada, the country’s leading music company. Alessia will be donating her share of net royalties to Save the Children for the next 21 years. She explained her decision further on this Instagram post:

“I put out an EP last September and shortly after recorded a live off the floor version, which was set to come out this summer. Then the world flipped upside down, so I decided to donate all my proceeds from this EP for the next 21 years to ‘Save the Children’, a global organization that saves and improves the lives of children who have been denied their rights by ensuring they have shelter, food, protection, healthcare, and education. This includes the 12 million kids currently suffering in Yemen, Indigenous children in Canada, children of colour in vulnerable communities, and anyone who needs help across 117 countries.

Recent events have made it even more evident that we need to uplift and care for the youth as much as possible. There are so many kind, colourful, intelligent, and driven kids who don’t have access to the resources they need in order to become the best future leaders or simply live a life they deserve. We won’t see a better world unless the ones who can one day change it are equipped to fulfill their true potential. Thanks to my team for getting on board, and to the wonderful musicians who played on this record. Hope this will be a bit of light in a (for lack of a descriptive enough term) weird time.

THIS SUMMER: LIVE OFF OFF THE FLOOR, out July 17th.

THIS SUMMER: LIVE OFF THE FLOOR presents newly recorded live performance versions of all six songs from the original This Summer EP. Recorded in a live floor studio session with a group of masterful players, including lush string arrangements, LIVE OFF THE FLOOR includes bonus live versions of Alessia’s landmark global hits “Here,” her triple platinum debut single, and “Scars To Your Beautiful,” her double platinum hit, as well as her original song “I Choose” from the #1 Netflix film The Willoughbys in which she made her acting debut as the lead character.