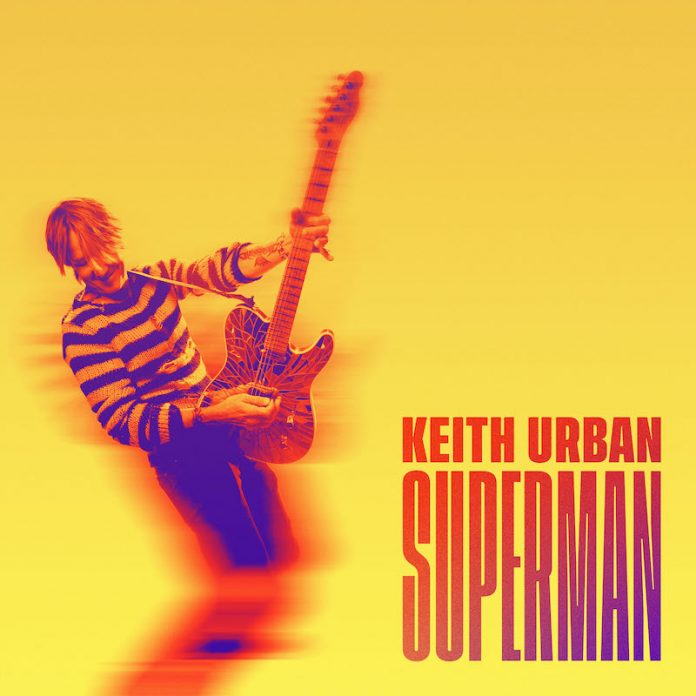 “It wasn’t like I set out to write a song called ‘Superman’,” said four-time GRAMMY© Award winner Keith Urban.  But he did, and WARNING: have a neck brace handy and wear comfortable shoes.  It’s as infectious a song as Urban has ever released, brimming with energy and swagger.  “Superman” marks the third in a series of monthly releases leading into his forthcoming September 18th album release, THE SPEED OF NOW Part 1, and as the song becomes available on all streaming platforms, today also marks the release of its accompanying music video where Urban is seen in rare form –– as a hand-drawn, animated, flipbook character.

Of “Superman” Urban says that it’s a song specifically written with a bunch of places in mind, but it’s written metaphorically.   “I like when listeners can put heir own story, their own faces and their own characters into the song, and this one to me, is definitely one of those songs.”

Urban has consistently used his artistry and musical curiosity to fuse together that which might not seem to go together and “Superman” is no exception.  While most wouldn’t envision a dance/electronic/pop songwriting, production and mixing trio (Captain Cuts), one of Nashville’s most sought after country music writers (Craig Wiseman) and a YouTube flipbook phenomenon (Andymation) all involved in the creation of a song Urban does, and it works to perfection.  It’s the key ingredient that when combined with his driving musical inquisitiveness, helps to understand why Urban is one of the most well-respected artists in the world.