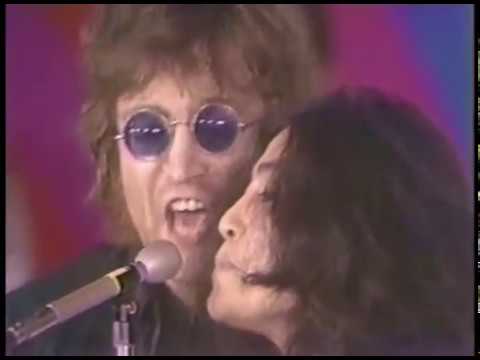 In September, 1972, the couple appeared on Jerry Lewis’ annual Labor Day Muscular Dystrophy Telethon, broadcast from the Americana Hotel on 7th Avenue in New York City. Lewis introduced John and Yoko as, “…two of the most unusual people in all the world, and I don’t mean just in the world of entertainment. They fit no patterns, meet no standards except the standard of excellence. Ladies and Gentlemen, John Lennon and Yoko.”