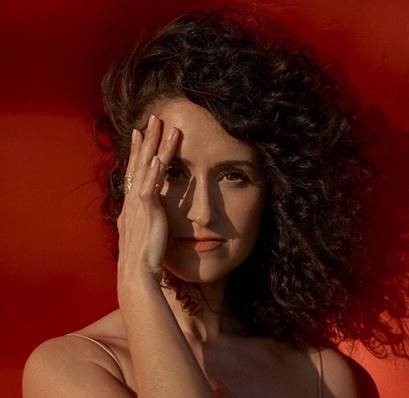 Internationally acclaimed jazz artist Maria Mendes has been nominated for a 2020 Latin GRAMMY Award with respect to her third and newest release, Close to Me — available now via Justin Time.

The Latin Recording Academy announced Mendes among the esteemed nominees for the 21st Annual Latin GRAMMY Awards in the category for “Best Arrangement.” The nod lands alongside producer John Beasley for their work on the song “Asas Fechadas,” track #10 and featuring Metropole Orkest on Close to Me.

“Maria Mendes is an incredible talent,” says Justin Time Records President Jim West. “And what a track to be nominated for; her collaboration with John and Metropole Orkest on ‘Asas Fechadas’ is simply beautiful.”

Close to Me is a refreshing, engaging, and unique adaptation of a completely different genre for Mendes and her repertoire — a symphonic jazz approach to fado, a traditional form of Portuguese singing stemming from the 1820s and known for its expressive and melancholic nature.

“It’s not fado,” Mendes emphasizes on the technical nature of the genre and her inventive reimagining of the style. “I used the music and poetry from this genre, but made a completely personal interpretation of it with new arrangements.”

Although she has lived in the Netherlands for several years now — following extensive studies in New York, Brussels, Rotterdam, and Porto — her connection to her motherland remains intrinsic to her creative output. “The first time I was really touched by fado was when I was 18,” Mendes shares of the country’s soulful signature sound. “I heard Mariza sing ‘Barco Negro’ — one of the most loved fado songs made popular in 1954 by Amália Rodrigues, the greatest fado queen.”

Close to Me’s experimental journey of fado through her unique lens was an unexpected yet natural step for Mendes. The album’s origins first came to be at the Dag van de Rotterdamse Jazz Festival where, in the context of a musical assignment commissioned to her by the event’s organizers, Mendes first combined the harmonies and melodies of two folk songs, the Portuguese “Barco Negro” and the Dutch “Ketelbinkie.”

The reaction from the press and public were so enthusiastic, Mendes soon found herself investigating the approach further, exploring the repertoire of Portuguese greats such as Carlos Paredes and Amália Rodrigues, mastering other fado songs through traditionally jazz arrangements. Inspired by their work, Maria also wrote her own songs in which she explores her love for jazz along with her affection for Portugal.

What’s more, one of her musical gurus, the Brazilian legend Hermeto Pascoal, wrote a fado especially for her. “This album is a gift for the avid listener who has eclectic taste,” Mendes says of Close to Me, which follows 2012’s Along The Road and 2015’s Innocentia. “I don’t know what the fado audience will think of it, but I hope they’ll listen and appreciate the respectful and refreshing approach I have given to these beautiful songs.”

Mendes did not settle for less with this album, backing her every step of the way is her band of top Dutch jazz musicians: Karel Boehlee on piano, Jasper Somsen on acoustic bass and Jasper van Hulten on drums and percussion.

In addition, she collaborated with the famous multi-GRAMMY Award-winning Metropole Orkest (the world’s leading Jazz symphonic orchestra) — in a chamber lineup of thirty musicians, led by conductor, GRAMMY nominated Jazz pianist and composer John Beasley, who not only produced the album, but also played the keyboards and wrote the orchestrations.

The genre “is in our identity,” Mendes continues of the sound most commonly heard within the cozy walls of pubs and cafés. “It is our way to evoke ‘saudade’ — longing for the past and hoping it becomes present once again.

“But it is also universal… We all have those feelings in life.”