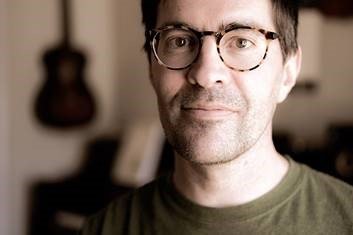 “What is it like to be a mass shooter? Or a person living with dementia? What plea might a person deeply addicted to opioids make?”

These are just some of the questions indie folk singer-songwriter Scott Garred asks as he approached his new and forthcoming eponymous album, Scott Songs Vol. II, and its newly released preview, “Dementia/Blue” — available now.

As a board-certified music therapist working in mental health for over 15 years, Garred has served in state psychiatric facilities, private hospitals, memory care, and prisons; as the frontman for bands Super XX Man and Silver Scooter, and a musician for nearly 30 years, he’s written about thoughts or feelings on a more personal level.

“Through music therapy sessions, I have worked with a variety of criminals and people with severe mental health issues,” he shares. “It’s important to understand another person’s perspective, and today more than ever, this is true; my work has helped me do this with a considerable amount of empathy.

“It was no longer enough to sing about a thought or feeling related to my work or personal life, so I flipped the script completely for this new album.”

The album, Scott Songs Vol. II, is set for release November 20th, 2020, and includes Garred stepping into the topics and perspectives of many, including artificial intelligence, climate change, a mass shooter, a priest, and a dementia patient as in “Dementia/Blue.”

The song features creative input from Kelly Atkins, a multi-talented singer, producer and director who’s also with Kitka and 20 Minute Loop, and a peer who’s encouragement came at a time when Garred needed the nudge.

“My first recording of the song ‘Spying On Your Lies’ sounded almost note for note like Willie Nelson’s version of ‘Always On My Mind,’” Garred recalls. “I wasn’t sure, but I kept writing.

“That’s when I shared the demos with Kelly.

“She makes her voice sound theremin-like, insect-like, and just plain gorgeous-like,” he continues. “So when we spoke by phone and she said the creative deep dive into empathy was especially touching to her right now, just like that I had the confidence to continue writing and recording.”