Home Music J.B. and The Playboys Together Again, Virtually, on Remastered Digital Album 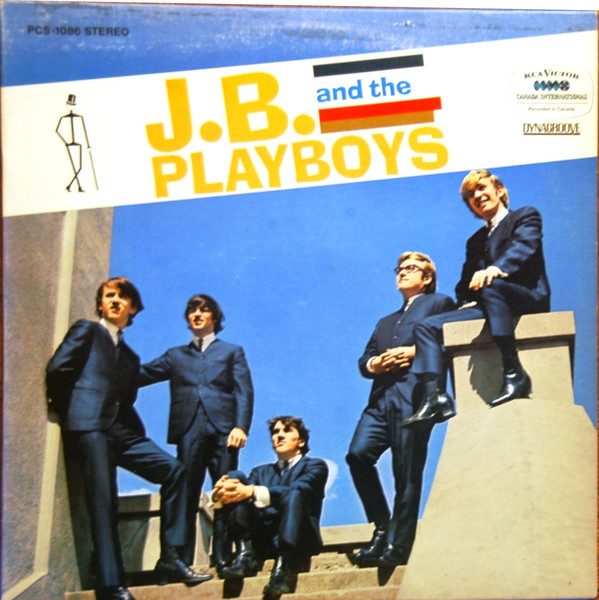 J.B. and The Playboys’ original record album from 1965 has been remastered.  Their original ‘singles’ will be available digitally beginning November 6, 2020.

Montreal-based label Justin Time Records is distributing the eponymously titled album for music lovers of the era as well as collectors and newcomers alike.

“We are elated to be able to bring these songs to light again,” said Jim West, Justin Time President. “Not only for older fans but anyone who’s interested in the original sounds coming out of Montreal during the 60’s British Invasion.”

Debuting in 1964, J.B. and The Playboys was comprised of Bill Hill on lead guitar, Allan Nicholls on vocals, Andy Kaye on guitar, Lorne Douglas West on drums, and Louis Atkins on bass. The group began playing shows at clubs throughout the summer in the Laurentians and the Eastern Townships. They went on to perfect their concert style performances at high schools, community centers, and YMCA dances in and around Montreal and rural Quebec.

Concert promoters took notice of the dynamic band and eventually invited them to be the opening act for The Beach Boys and The Rolling Stones concert tours. The Playboys recorded and released one 45 rpm single record every week for three weeks, and their songs turned into hits on radio stations across Quebec and beyond.  On the strength of their chart-topping hit singles, the group performed on national television shows, headlined sold-out concerts to French and English audiences, and amassed great reviews in both national and international press. The touring continued throughout Canada and the USA expanding their audience base who demanded more.

The band’s unique and original sound was finally captured in their first and only self-titled studio album at the legendary Mutual Street recording studio in Toronto.

Fifty-five years later, Justin Time Records decided to revisit this wonderful time in Canada’s musical history. The newly remastered and digitally released music are a tribute to, and a celebration of, the original JB and The Playboys sound and energy.

“JB and The Playboys were my life for most of the ‘60’s. In the late ‘60’s we all moved on to other bands in other genres of music. I will always cherish the memory of the original Playboys with their unique sound and energetic performances as the best part of my music career.   Here we are today 50 plus years later with the opportunity to revisit the material, remaster and release it digitally, and to get the band back together. Thanks to Jim and Justin Time Records we have a music life again.” Allan Nicholls

“JB and the Playboys was a magical band at a magical time in the music business. Since the disbanding of the group I’ve had a full and rich career in music, but the Playboys, aside from being the launching pad, always held a special place in my heart. I am extremely proud of the records we made and am thrilled that Justin Time Records have remastered these classics and are making them available to a whole new generation.  I hope people enjoy listening to them as much as we enjoyed making them” Bill Hill

For further information on streaming, downloads and to check out some great photos and content on JB and The Playboys you can follow them on Facebook – visit their web site or go to justin-time.com.