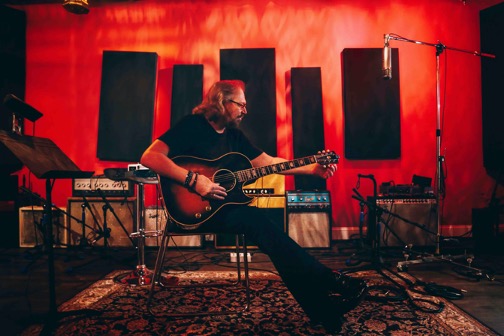 A lifelong bluegrass and country music fan, legendary singer, songwriter and producer Barry Gibb has long dreamed of a project that would bring him together with some of the artists he admires the most. With the help of Grammy Award-winning producer Dave Cobb, that dream has become a reality with GREENFIELDS: The Gibb Brothers Songbook, Vol. 1—out January 8.

Of the experience, Barry Gibb shares, “From the first day we stepped into RCA Studios in Nashville (the very place where Elvis, Willie, Waylon, Roy, the Everly Brothers and so many other legends made their magic) the album took on a life of its own. I couldn’t be more grateful for the opportunity to work with Dave and all the artists who stopped by. They were all incredibly generous with their time and talent. They inspired me more than words can express. I feel deep down that Maurice and Robin would have loved this album for different reasons. I wish we could have all been together to do it…but I think we were.”

Dave Cobb comments, “It was truly an honor to work with one of my heroes. The Bee Gees’ first album has always been a staple for me and it was surreal to get to witness the genius of Barry Gibb in the studio—he’s one of the greatest of all time!”

Jason Isbell adds, “Barry Gibb is one of the greatest songwriters and singers in popular music history, and I’m happy to say he still has that beautiful voice and that magical sense of melody. Working with him on this project has been one of the great honors of my career. He’s a prince.”