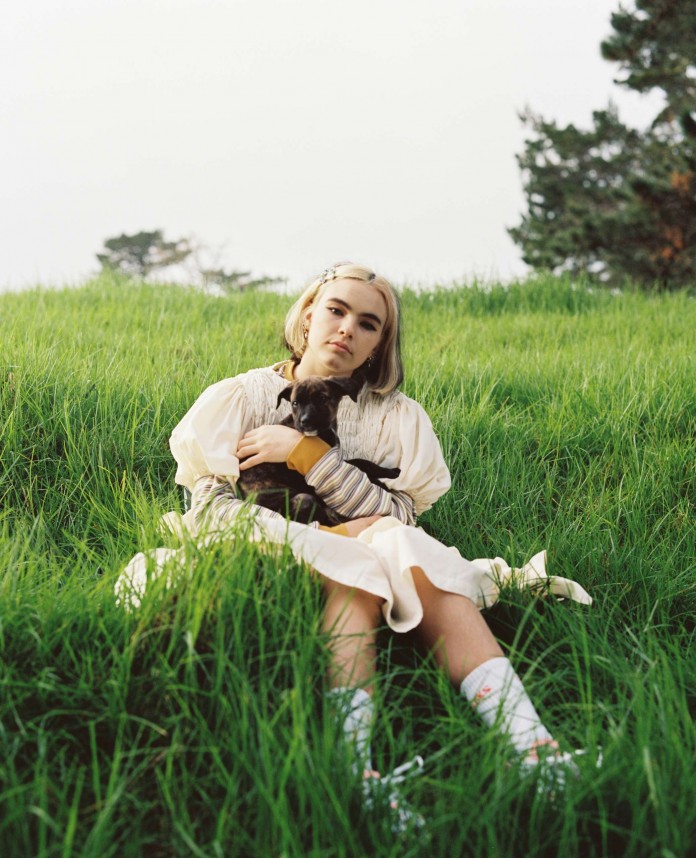 Stella Rose Bennett, who records as BENEE, grew up in Auckland, New Zealand on a steady diet of downer Soundcloud rap, James Blake breakup hymns, and artists who valued experimentation like Bjork, Groove Armada, and Radiohead, which her parents exposed her to at an early age. One day, on a whim, Bennett put Gnarls Barkley and Amy Winehouse covers she’d sung directly into GarageBand up on Soundcloud, and soon she was in the studio with producer Josh Fountain, working on original songs.

Last year, Bennett released two BENEE EPs. FIRE ON MARZZ and STELLA & STEVE each delivered a string of instinctive, hyper connective hits that brought a rush of fans to her door. With 2.1 billion streams across all platforms, her breakout hit “Supalonely” is certified Platinum in eight countries including the US. In Australia, “Supalonely,” “Glitter” and “Soaked” are all Double Platinum records, and “Evil Spider” and “Find an Island” are Gold – an impressive feat also matched in her home country. Additionally, she was named Apple Up Next Artist July 2020, nominated for MTV VMA “Push Best New Artist” 2020, MTV EMA “Best Push” Artist 2020, E! People’s Choice Awards New Artist of 2020 and nominated for New Zealand’s 2020 Aotearoa Music Awards in the “Single of the Year,” “Best Solo Artist,” and “Best Pop Artist” categories (having already taken home the same prizes in her haul of four 2019 Awards).

Her single “Glitter” won Bennett and fellow songwriters Josh Fountain and Djeisan Suskov the prestigious APRA Silver Scroll in October. All of which set the stage for what would become her debut studio album, Hey u x, which is out November 13th. Hey u x is a fascinating album that exists in two opposing eras of modern society: the (relatively) carefree pre-COVID-19 era, and the post COVID world, where lockdowns and intense isolation are now a regular part of life. Each of the songs on the album offer up a discrete universe of heartbreak, loneliness, and personal growth, shot back to the listener as quiet communiques.

“I’m writing music for one human listening to the music,” Bennett says. “I want them to feel as connected as they can to my mind. Like a message that you send to a friend.” On Hey u x, musical genres are to be explored and adopted, songs are constructed from otherworldly concepts, and a sense of playfulness hangs over even the most melancholy moments. Like much of what Bennett has achieved thus far, it all seems so casual that it could be accidental, but there’s a deep purpose behind her music and her worldview.

Fueled by one off-kilter bop after another, Hey u x sounds like the perfect lost Gen X classic made for Gen Z. Blending, bending and breaking genres like only BENEE can, the album boasts an all-star cast of collaborators, including Lily Allen, Grimes, Flo Milli, Gus Dapperton, Mallrat, Kenny Beats, Bakar and Muroki, and has already been praised by the likes of Billboard, E! Online, Los Angeles Times, NME, NYLON, PAPER Magazine, Pigeons & Planes, Stereogum, Teen Vogue, The Boston Globe, The FADER, The Guardian, UPROXX, V Magazine, Variety and many more. See the full tracklist below. The album was produced by BENEE’s longtime collaborator Josh Fountain, and its artwork was designed by Californian artist Terry Hoff.

BENEE says the album is a deliberately eclectic mix of sounds. “I’m writing music for one human listening to the music. I want them to feel as connected as they can to my mind. I called it ‘Hey u x’ like a message that you send to a friend,” she says.

Today, BENEE also shares the official video for her new single “Kool”—watch it HERE. Made in collaboration with the iconic Electronic Arts video game The Sims 4, BENEE becomes a “Sim” in the visual complete with the bright green crystal “Plumbob” above her. In footage akin to the instantly recognizable gameplay, countless outfit changes ensue as she wanders around the house actually controlling her Sim-self remotely. The nineties-style guitar, slick bass line and head-nodding beat provide the perfect soundtrack for her Sims adventure.

Of “Kool,” BENEE says, “I wrote [the song] about some people I know who seem to be effortlessly cool. They always seem to say the right thing.”

To celebrate the album’s arrival, BENEE will perform her track “Happen To Me” on The Late Show with Stephen Colbert on Monday, November 16th at 11:35pm ET/10:35pm CT on CBS—be sure to tune in! BENEE will also host the Hey u x pop-up store and immersive album listening experience in Auckland, NZ. She welcomes fans into her world with larger-than-life activations befitting of her vision throughout the weekend. Today, fans can use the global Twitter emoji for the album’s release when they use the hashtags #BENEE and #Heyux. On November 18th, BENEE will be answering fan questions during a Reddit AMA with the /popheads community.

BENEE continued to make headlines leading up to Hey u x’s release. Billboard recently touted her among its “21 Under 21 Artists,” and she took home “Best New Zealand Act” at the 2020 MTV EMAs.