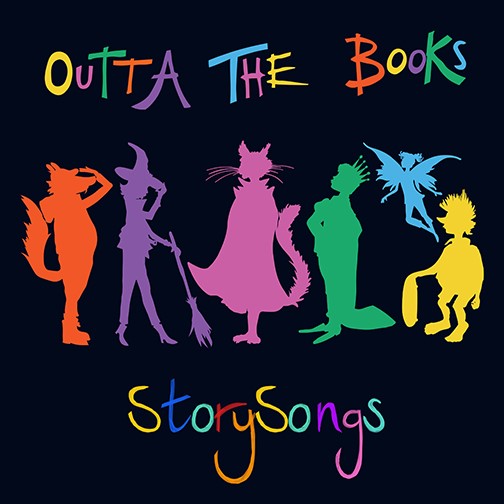 Each award-winning in their own right, American composer and producer Brian Banks and Canadian author, playwright and ex-MuchMusic VJ Erica Ehm have harnessed the power of music and story with the release of a new children’s series, Outta The Books — including Chapter 1: “A Wicked Competition,” available now.

Reimagining classic fairy tales in a modern, meaningful way, Outta The Books creates a fun and fresh musical take on long-loved fables by showcasing storylines from some unexpected characters — the “extras,” if you will.

The eight-episode Season One run features all-original “StorySongs,” with a new episode available every two weeks via YouTube and digital music streaming platforms.

“The characters from Outta The Books are all familiar character types from the classic tales, they’re just not the famous ones,” Banks explains. “They’re your everyday, run of the mill Fairy, Big Bad Wolf, Witch, Prince…

“Fairy tales can be mirrors to help us all understand our present lives,” Banks considers. “They’re also there to educate all children as to how the world works, so using regular characters to retell classic tales helps show that anybody can do great things.

“And because Outta The Books is a band, we’re also teaching teamwork.

“This project is rooted in musical theatre and designed to entertain, but I have always believed in the power of art to educate and connect,” he adds. “I hope people will see that these wonderful stories are incredibly relevant in the current complex and divided world we find ourselves living in.”

That said, an inventive multi-platform digi-series was not always the plan for Outta The Books; initially slated to be a theatre production for the Edinburgh Fringe Festival, the show was adapted to accommodate restrictions put forth due to COVID-19.

As such, scenes across all eight “chapters” were filmed entirely on iPhones, the footage elevated with upgraded microphones and the post-production magic of green screens. Actors completed their own make-up, lighting, and camera work, and Banks, Fisher and Ehm attended each shoot remotely via Zoom from their respective bases in Los Angeles, Liverpool, and Toronto.

“This has been an extraordinary journey, and a very different one from the one I had anticipated,” Banks shares.