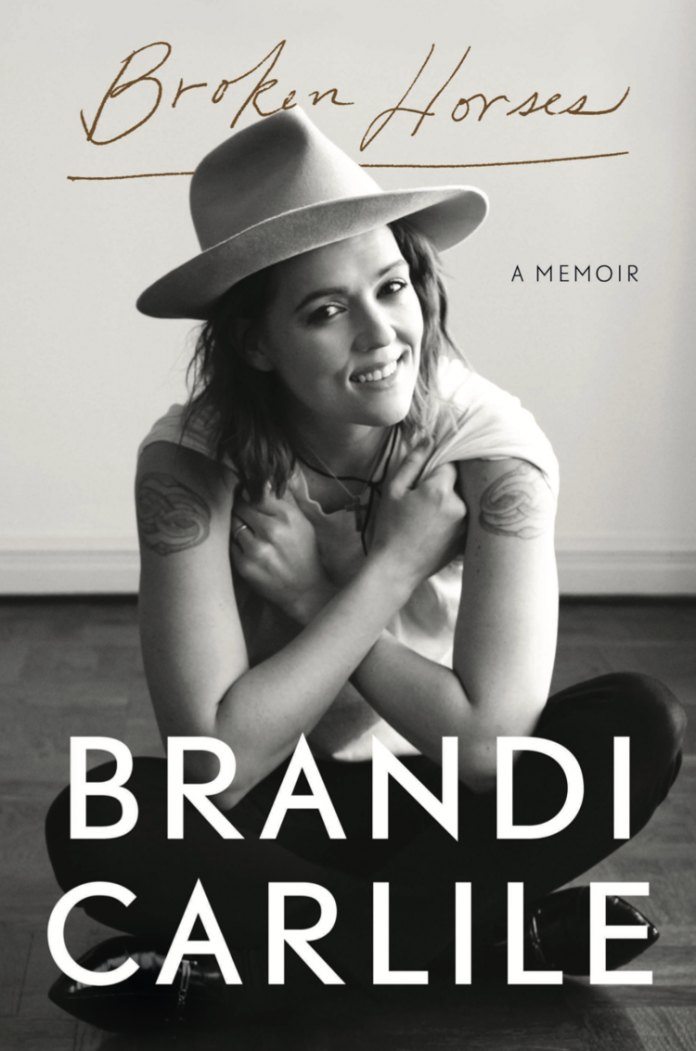 Critically acclaimed singer-songwriter, producer, and five-time Grammy winner opens up about a life shaped by music in this candid, heartfelt, and intimate memoir, Broken Horses, out April 6, 2021.

Brandi Carlile was born into a musically gifted, impoverished family on the outskirts of Seattle and grew up in a constant state of change, moving from house to house, trailer to trailer, fourteen times in as many years. Though imperfect in every way, her dysfunctional childhood was as strange as it was beautiful, and as difficult as it was nurturing.

In Broken Horses, Brandi Carlile takes readers through the events of her life that shaped her very raw art—from her start at a local singing competition where she performed Elton John’s “Honky Cat” in a bedazzled white polyester suit, to her first break opening for Dave Matthews Band, to many sleepless tours over fifteen years and six studio albums, all while raising two children with her wife, Catherine Shepherd. This hard-won success led her to collaborations with personal heroes like Elton John, Dolly Parton, Mavis Staples, Pearl Jam, Tanya Tucker, and Joni Mitchell, as well as her peers in the supergroup The Highwomen, and ultimately to the Grammy stage, where she converted millions of viewers into instant fans.

Evocative and piercingly honest, Broken Horses is at once an examination of faith through the eyes of a person rejected by the church’s basic tenets and a meditation on the moments and lyrics that have shaped the life of a creative mind, a brilliant artist, and a genuine empath on a mission to give back.