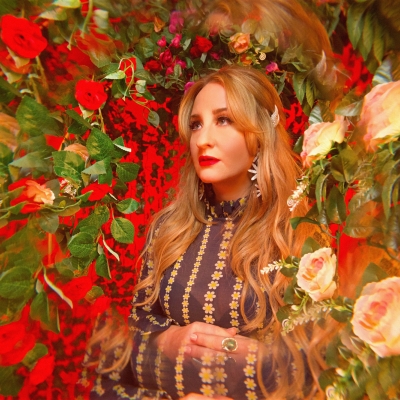 Today, Margo Price welcomes the holidays with the release of “River,” a special rendition of one of her favorite Joni Mitchell songs. While Mitchell has been a life-long inspiration for Price, Margo first debuted her cover of “River” during the Village of Love benefit for Planned Parenthood this fall. Now, accompanying herself on keys, she captures the wishful, wistful feelings behind the Christmastime classic, more prevalent than ever as we prepare to face the challenges of a winter like no other. With the song Margo sends fans a message of peace and love for the rest of the year, and the hope for 2021 to be everything 2020 wasn’t.

Tomorrow, December 2nd, Margo Price takes over Tennessee’s Stardust Drive-In Theatre for A Perfectly Imperfect Night at The Movies. In addition to a screening of 2019 documentary Linda Ronstadt: The Sound of My Voice, the event includes the premiere of Margo’s Perfectly Imperfect at The Ryman concert film, captured during her unforgettable run of three sold-out, headlining shows at the Nashville Auditorium back in 2018.

Featuring appearances from Emmylou Harris, Jack White and Sturgill Simpson, the Perfectly Imperfect at The Ryman live album is “a triumphant time capsule, marking Price’s arrival as a Nashville giant and one of Americana’s brightest contemporary acts” (NPR Music). Following its surprise Bandcamp release to benefit the MusiCares COVID-19 Relief this spring, Perfectly Imperfect at The Ryman is now available across all DSPs.