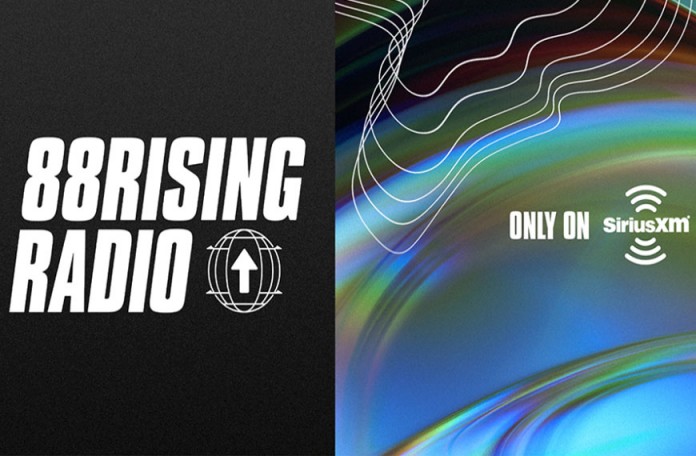 SiriusXM collaborated on the creation of the channel with 88rising, the Los Angeles-based artist collective and media platform, which represents the most cutting-edge artists from Asia, and bridges Eastern and Western youth culture. 88rising, founded by Sean Miyashiro, will develop, curate and present the 24/7 channel.

88rising Radio will broadcast an array of music, from the biggest pop songs topping the charts across Asia, to current emerging discoveries, and feature artists from South Korea, China, Japan, the Philippines, Indonesia, Vietnam, Thailand and more. Artists such as BTS, Joji, BLACKPINK, TWICE, Rich Brian, Peggy Gou, Jackson Wang, beabadoobee, Iñigo Pascual, NIKI and many more will be included. When social distancing is no longer required, the channel will also provide a unique platform for touring artists to visit, conduct interviews and interact with listeners, and perform live-on-air at the SiriusXM studios in Los Angeles and New York.

“SiriusXM is known for compelling content and having a pulse on pop culture,” said Miyashiro, CEO and founding member of 88rising. “Collaborating on this channel has been truly organic and in synergy with our goals on bringing 88’s foresight regarding Asian culture and its impact to listeners through our new channel, 88rising Radio.”

“Sean Miyashiro and his team are creating one of the most remarkable creative hubs in music today,” said Scott Greenstein, President and Chief Content Officer of SiriusXM. “88rising is a pioneering force bridging East and West, with unquestionable success and credibility in bolstering cutting-edge Asian music culture. It is exciting to have 88rising join the SiriusXM lineup, where its music, content, and curation of 88rising Radio channel will have it on par with any of our great music channels today.”

The groundbreaking, first-of-its-kind commercial-free music channel will debut with an all-star 24-hour takeover by acclaimed and closely-followed Asian and Asian-American artists. Beginning at 3 p.m. ET, on December 3, 88rising artists and Asian talent from around the world will take over the channel, guest DJing the songs that define them, alongside some of the hottest Asian music acts and their own live performances. Participating artists will include Yuna, Dumbfoundead, beabadoobee, Phum Viphurit, Japanese Breakfast, Keshi and more.

Asian rap icon Dumbfoundead will wake North America up to the latest in Asian pop culture and music news while serving up a menu of fresh hits on Dumb Early. DJ SOSUPERSAM will introduce listeners to the best Asian music on an eclectic afternoon road trip through new music discoveries and the latest hits on SOSUPERSOUNDS. On The Greatest 8, Miyashiro will count down the eight hottest new tracks of the week, while interviewing the superstars of Asian music in-studio. The Joy F*ck Club will give listeners a front row seat inside Booster’s imaginary comedy club, where emerging and established Asian comics debate and dispel Asian stereotypes, as well as share their own hilarious stories on their Asian-American experience.

SiriusXM subscribers can listen to 88rising Radio beginning tomorrow on channel 305 via SiriusXM online or on the SiriusXM app on a wide variety of connected devices, including smart TVs, devices with Amazon Alexa or the Google Assistant, Apple TV, PlayStation, Roku, Sonos speakers and more. The SiriusXM app also offers additional features such as SiriusXM video, Pandora stations and the SiriusXM App library with more than 10,000 hours of archived shows, exclusive music performances, interviews and audio documentaries. SiriusXM has special offers for new subscribers including three months of a SiriusXM Streaming subscription for free. To learn more, visit www.siriusxm.ca/get-started/streaming.